Managing excavations in a changing landscape by Dominic Puiu, Manager, Dial Before You Dig NSW/ACT

Avoiding utility asset strikes is a crucial element of any major project involving excavation. Dominic Puiu discusses the challenges in this process, the role Dial Before You Dig plays, and their current efforts to encouraging the use of locators on excavations.

Dial Before You Dig (DBYD) is a national referral system that provides a free service for excavators. Nominate a location of work online or by phone, and the DBYD service will arrange a response from member utilities known to have assets at that location. The response will usually be a schematic in PDF format sent by email. For transmission assets, some asset owners will provide on-site assistance. In 2014 the service handled just under 1.2 million transactions nationally.

Many excavators would like the quality of the information provided by utilities to be better.

Excavators are often unhappy that utilities cannot guarantee the depth or alignment of their underground networks. Many consider that the duty of care statements provided by utilities place too much of a burden on excavators.

It’s a fair question: why can’t utilities guarantee the depth and alignment of their networks?

The answer is tied in with the age and diversity of the networks of major utilities.

Anyone excavating in an urban area in Australia is almost certain to be working near underground networks that were installed over 40 years ago.

And Telstra is certainly not alone. Modern techniques in relining, pipe bursting and re-sleeving mean that many rehabilitated water, sewer and gas mains are in the same alignment as when first laid. Electricity cables laid decades ago are still in use across Australia.

In 40 years, many things can affect the relative depth of an underground pipe or cable. Councils and road authorities can raise and lower footpaths and carriageways.

All of these actions affect the relative depth and alignment of existing networks. To take just one example, Hassall Street in Parramatta, New South Wales was realigned a few years ago. The original alignment was incorporated into James Ruse Reserve.

But the utilities are still on the original road alignment. Running through James Ruse Reserve are major networks for Telstra, Jemena, Optus and Sydney Water.

This is not unique. Thousands of private properties and public places across Australia contain major networks. Many of these are not in easements. 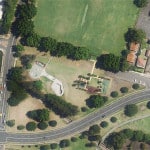 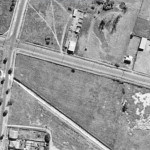 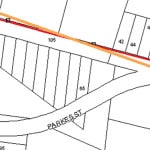 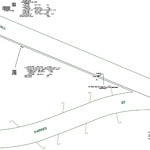 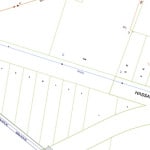 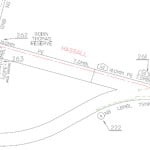 Working with a changing landscape

The age of many networks is why utilities expect excavators to pothole to positively identify the depth and alignment of networks.

Put simply, seeing is believing. Exposing networks is the only way to be sure of their depth and alignment.

For the same reason, utilities also encourage excavators to hire professional locators. Telstra runs an accreditation system and supplies a list of local locators with every Telstra plan.

In February 2014 major damage was done to Telstra’s international and interstate optical fibre network. The damage occurred in a public area in a suburb of Sydney.

All the people associated with this project including contract managers, architects, contractors and subcontractors appear to have assumed that no major networks could be located on this site.

Had even a basic investigation been performed, major communications, electricity and water networks would have been discovered.

Any competent locator should have been able to interpret the information on utility plans and locate the networks in the area.

The different DBYD associations around Australia have been thinking about ways of encouraging the use of locators on excavations.

The aim is to develop systems and improve skills in the locating industry so there are fewer avoidable damages like the one in Sydney.

In December 2014 DBYD in New South Wales announced the creation of a Steering Committee of utilities, locators and other industry partners. The Committee will set standards for the location of utility networks.

The accreditation scheme will be managed by the Civil Contractors Federation in New South Wales.

In late 2014 DBYD in Queensland also announced the creation of a training course for locators. The course is designed to improve the skills of locators in Queensland.

The Queensland course is intended to be operational in 2015.

Both systems will be designed to improve the skills of locators and make it easier for excavators to engage a qualified locator.