Managing fatbergs: taming the monsters that lie beneath 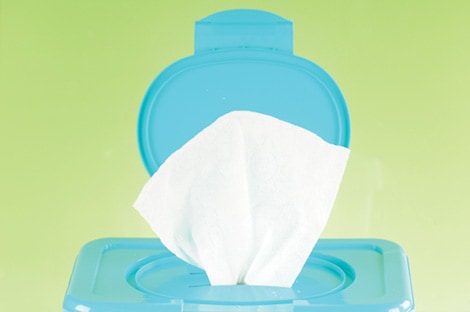 Fatbergs are wreaking havoc on drains and sewers around Australia, with many utilities reporting monster blockages of congealed fat, wet wipes and other materials clogging our drains and sewers.

Chances are you’ve already heard the term ‘fatberg’ – it’s been hard to avoid in the media in recent years. A series of enormous fatbergs (congealed lumps of fat, wet wipes and other items flushed down toilets that do not break down) have been located around the world. Perhaps most famously, in 2013, a fatberg was found in London’s sewer system which weighed as much as a double decker bus and took ten days to remove.

While material blockages in drains have always been a common problem for utilities and councils to deal with, the problem is now turning almost endemic. Many utilities attribute this to a significantly increased use of wet wipes, which describe themselves as flushable but are actually anything but.

Whether it’s individuals looking for a more ‘luxury’ bathroom experience, an increase in the use of bathroom cleaning products that claim to be flushable, or a combination of both, the end result is the same – blocked sewers and drains that require serious attention before they can resume normal operation.

If the thought of a monster fatberg alone is sickening enough, spare a thought for the cleaners and ‘flushers’ who are sent into our sewers and drains on a weekly basis to deal with these monsters that lurk beneath.

Sydney Water has reported a wet wipe endemic, with major clogging occurring across the sewerage network. One million kilograms of wet wipes have reportedly been removed from Sydney sewers over the last two years, a trend which is costing Sydney Water millions of dollars; and in Melbourne, Yarra Valley Water is removing more than 100,000 kilograms of wet wipes per year.

“Amazingly, those horrible pictures of the London fatberg still did not get the message out that grease, oils and fats should not be put down the drain,” said David Snadden, General Manager Infrastructure Services at Yarra Valley Water.

In the ACT, it’s the same story. “We are experiencing our own problems here in Canberra, caused by much the same issue, just on a smaller scale,” said Icon Water spokesperson Angie Drake.

“Instead of disintegrating after flushing – like toilet paper does – these synthetic wipes are not breaking down, and this is contributing to an average of one pump blockage occurring every three days.”

Education is the key

Water and wastewater utilities recognise the issue of fatbergs and blocked drains as one of the serious issues they currently face – and they’re also one of the biggest hazards the people charged with cleaning our sewers regularly face.

“We find all sorts of thing in our blocked pipes and some which even make it to our sewage treatment plants,” said Mr Snadden. “Fats, grease and oils are a real concern as they block up pipes, restricting the flow and ultimately the speed of service we can provide to our customers. Not to mention that the pressure caused by the blockage and build-up can cause sewage spills and damage to our pipes.”

While some utilities are working on upgrading their infrastructure to better cope with wet wipes, the cost to do this is enormous, not to mention time consuming.

“Flushing any kind of wipes down the toilet or drain can seriously impact our sewerage network, and have very serious impacts on the environment,” said Ms Drake.

“There are some things that we can do as a utility, such as replace our infrastructure progressively with non-clog pumps, but this takes time, and comes at considerable cost.”

The problem has become so serious that the water industry’s peak body, the Water Services Association of Australia (WSAA), has stepped in and is collaborating with the Australian Food and Grocery Council (AFGC) and Accord Australasia Limited to discuss short and long term options for reducing the impact of wipes in wastewater systems around Australia.

The three parties met in May and heard case studies from urban water utilities around Australia and considered the current state of play nationally and internationally.

As a result of the forum, the three associations will lead further work in confirming the source of material in sewers, considering ways to better educate the community and participating in the development of an international standard relating to flushable products.

“We are pleased the industry wants to work with us on this issue. We are working towards a solution that will avoid additional long-term costs to water utility customers and adverse impacts on the environment,” said Adam Lovell, WSAA’s Executive Director.

According to Ms Drake, the solution is pretty clear.

“The message is relatively simple for the community – only human waste and toilet paper should be flushed.”