Increasing the number of solar installations in areas that have previously had their levels capped is a critical part of increasing the uptake of residential solar PV around the country. Recognising this, Dr Nick Engerer and his team from The Australian National University are working on an innovative new project that will help to maximise solar penetration levels in our cities, towns and suburbs.

There are over 1.5 million small-scale PV systems installed across Australia, with that number continuing to grow.

In some areas, the local penetrations of solar are so high that PV installations have to be limited, so that distribution network service providers (DNSPs) can ensure the quality of supply to Australian Energy Regulator standards.

This is due to issues such as voltage rising or dropping out of range due to mismatch between local load and supply, or even to flicker, which can occur during rapid changes in solar power output.

In locations where DNSPs impose limitations on the amount of additional solar that can be installed, the local network has reached its ‘maximum solar penetration level’.

One of the primary reasons for such limitations on solar penetration levels is the lack of visibility that DNSPs have on the amount of power that is being generated by rooftop PV systems.

Small-scale solar PV systems are generally not actively monitored, and DNSPs presently have no way to incorporate small-scale solar power generation into their operational systems.

Without such information, it is quite challenging to create the right solutions for accommodating more solar PV into parts of the distribution networks where maximum penetrations have been reached. 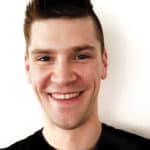 To confront these challenges, Dr Nick Engerer at the Australian National University has launched a three year research project to enable these maximum penetration levels to be lifted higher, with a mission of allowing more solar to be added to the Australian electricity grid.

He is leading a team of researchers at ANU to deploy a tool he developed during his PhD called the Regional PV Simulation System (RPSS) to eight distribution networks across Australia.

It’s all being made possible through the Australian Renewable Energy Agency project known as “Real-time operational PV simulations for distribution network service providers”.

The RPSS operates by using detailed information about the size and location of the solar PV systems installed in a given DNSP network, to build a virtual network model where PV generation is organised by distribution network asset.

This allows PV power output to be simulated, and then grouped by distribution transformers, feeder lines and zone substations, thereby removing the uncertainty about solar PV behaviour in DNSP load curves.

One of the primary goals for this project is to enable such simulations to be run in real time, with the information fed back to DNSP operations and planning efforts. This real-time modelling capability will draw on data from innovative sources, such as real-time power output data from inverter companies SMA Australia and Fronius, who have tens of thousands of monitored PV systems in their Australian databases.

It will also use data from the most advanced weather satellite in the world, Himawari 8. This geostationary satellite scans Australia at 1km resolution every ten minutes and will serve as the primary tool for forecasting solar PV power output into the near future (tens to hundreds of minutes ahead of time).

Through conversations with these partners, the ANU has been able to formulate key project outcomes, which are driven by real industry needs, as well as address the challenges in providing RPSS based feedback to distribution network operations.

It is through these ongoing relationships with the DNSP partners that the overall project goal will be realised: raising the maximum penetration levels of solar PV that are currently in place.

Dr Engerer firmly believes that by providing real-time distributed solar intelligence to DNSPs, solar PV integration challenges will be able to be managed with solutions such as energy storage technologies and demand management.

Finally, it is important to acknowledge the key project supporters: industry partners Si Clean Energy and Solar Hub, who provided industry funding, as well as the $1 million of funding from ARENA. This project would not be possible without their contributions.