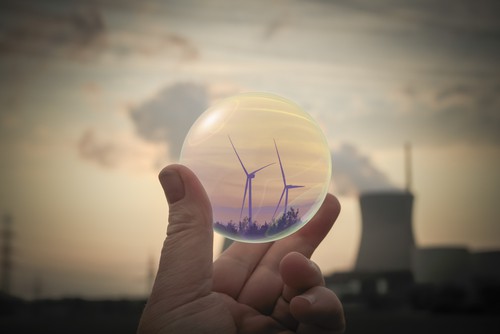 A major package of measures was announced by the Federal Government on 23 October 2018 with the aim to reduce Australian families’ power bills by hundreds of dollars per year; however, by 26 October 2018, the measures were announced to be back under consideration.

The new ‘price safety net’ announced on 23 October was set to introduce a default market offer for households and small businesses, consistent with the recommendations of the Australian Competition and Consumer Commission (ACCC) Retail Electricity Pricing Inquiry report. The government also said it would introduce legislation to crack down on poor market practices.

Support for reliable power was to be achieved by requiring energy companies to sign contracts guaranteeing enough dispatchable energy to meet demand. The Australian government said it would work with state and territory governments through the COAG Energy Council to ensure these contracts are in place.

The measures were designed to stop customers being ripped off by energy retailers by improving competition, though the statement has raised anxiety among some investors about the future appetite for clean energy investment in Australia.

“But providing debt or equity for specific new projects and technologies could be disastrous for investment confidence.”

He said government support for corporate offtake agreements was worthy of further consideration but warned it must be carefully designed to ensure it doesn’t undermine investment.

“Private investors have put a record $15 billion into large wind and solar in the last 12 months, which will help in bringing down wholesale power prices,” Mr Thornton said.

“These investments have been driven by the Renewable Energy Target, which has been achieved ahead of schedule. While new investment no longer requires subsidy, it does need policy certainty and stability to attract the ongoing capital investment necessary to replace coal generation and secure a reliable and affordable power supply.

“While we recognise this is a politically challenging task, ignoring it – while also avoiding mechanisms which deliver emissions reduction – will simply see investment slow and drive power prices higher.”

“Rooftop solar, backed by the SRES, plays an important role in reducing household and business exposure to higher energy prices.

“It has delivered many significant benefits, including more than $10 billion of consumer investment in the last five years, and it plays a vital contribution to safety and consumer protection by mandating product standards and installation practices.”

The Australian Energy Council (AEC) has also issued a statement on the policy and agreed that driving down electricity costs is urgent. It said that addressing emissions and reliability are not only critical in their own right, but are essential parts of achieving cost reduction.

The AEC also said that investors will only view policy as durable if it effectively addresses all parts of the trilemma, including meeting emissions reduction commitments.

“We support Australia’s full participation in the Paris Agreement and deployment of effective, efficient and equitable plans in energy and the rest of the economy to deliver on Australia’s Paris commitments,” the statement said.

“Continuing bipartisan commitment to Paris sends a clear long-term signal to investors and contributes to the global solution needed to minimise climate change.

“A major global transition towards lower emissions and ultimately net zero emissions is both necessary and inevitable, and in Australia’s electricity sector a low emissions transition is already underway.

“We believe this transition will benefit Australians overall. But we note that it could also have uneven impacts on some groups, such as low income households; displaced workers and their communities; and emissions-intensive trade-exposed industries and their employees. These groups will likely require specific measures as we address the energy trilemma.”

On 26 October 2018, the COAG Energy Council met in Sydney to discuss the need to bring power prices down while ensuring the reliability of the grid.

COAG Energy Council ministers noted that the Energy Security Board (ESB) will cease work on the National Energy Guarantee and agreed the ESB would bring forward National Electricity Law amendments to advance a Retailer Reliability Obligation.

The ESB will prepare a final draft Bill for the Council for consideration at the next meeting in December 2018, to be implemented by 1 July 2019.