NBN: the state of play 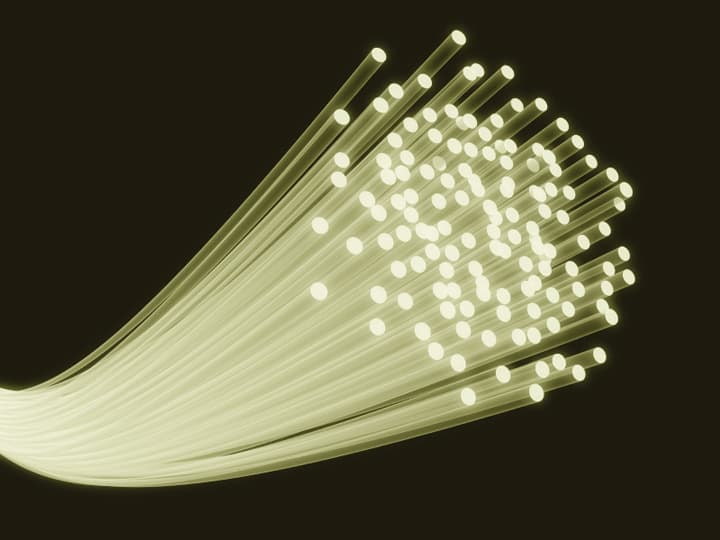 The National Broadband Network is the largest and most ambitious infrastructure project currently being undertaken in Australia. In a digital age, the NBN will eventually impact upon the lives of most Australians. However, much is still uncertain about the project and the information can be difficult to find and obscured by speculation. In this article, we seek to decode the facts and uncertainties regarding the NBN and provide an overview of the various parties and technologies involved in its construction.

The change from a Labor to a Coalition Government in September, 2013 threw the future of the NBN into uncertainty due to significant differences in the two political parties’ strategies for the rollout.

With the change in Government came a number of major revisions to the NBN Co. board and the commission of a strategic review to determine the NBN rollout strategy.

There have also been a number of recent delays to the rollout, changes in contractors and personnel, in addition to allegations of various parties failing to fulfill their contractual obligations.

After the release of the results of the Strategic Review, an expert panel was appointed to conduct an independent cost-benefit analysis of broadband and review of the regulatory arrangements that will govern the NBN.

When the Coalition Government took power in 2013 it issued an Interim Statement of Expectations to NBN Co. to govern its actions in the period following the change of leadership pending alterations to the company’s board, a strategic review of the project and the drafting of a new corporate plan.

A third party Strategic Review of NBN Co. was announced to help the new Government determine how to proceed with the project, the best infrastructure mix to use and to formulate an updated plan for completing the rollout in the fastest and least costly manner.

The advisory firms contracted to contribute their services to the Strategic Review were Deloitte, KordaMentha and Boston Consulting Group.

Deloitte was contracted to provide governance and program management office services to ensure the Strategic Review fits within the parameters and tight deadline for submission set by the Government.

KordaMentha was contracted to contribute to the analysis of the current NBN operational and financial performance.

Boston Consulting Group was chosen to participate in the review of the timing, financials and product offers under alternative models of delivering very fast broadband.

The results of the review suggested that the rollout could be completed sooner and at a lower cost using a mixed technology approach involving fibre-to-the-node technology, the existing copper infrastructure and cable connections. While this will not result in download speeds as fast as a FTTP rollout, it will still provide faster download speeds than are currently available.

This multi-technology rollout, which aligns with current Government policy, is estimated to cost $41 billion rather than the $29.5 billion estimated in April.  This estimate allows for an increase in the project’s contingency reserve from 10 to 20 per cent.

The report also stated that the Government’s aim of ensuring nationwide access to fast broadband by 2016 cannot be achieved.

Key findings of the Review regarding a rollout using a mix of technologies suggested:

•       That such a plan, including upgrading existing HFC infrastructure and deploying both fibre to the premise and fibre to the node, will reduce funding by $32 billion assuming Government equity is capped at $29.5 billion.

•       The reduced costs compared to a FTTP NBN may mean retail broadband prices need not rise.

•       About 91 per cent of premises in the fixed-line footprint will have access to download rates of at least 50 megabits per second by 2019.

•       Under plausible assumptions about revenues, an NBN using an optimised mix of technologies can earn returns roughly equal to the Government bond rate.

What is still in question?

•       Infrastructure – the infrastructure mix that will be used, including the amount of FTTP and/or FTTN connections used, has still not been finalised.  The Strategic Review suggests around 26% FTTP, 44% FTTN and 30% hybrid fibre-coaxial (cable) connections.

•       Finances – How much the construction of the NBN will cost overall is still uncertain. The latest figures for the Coalitions mixed technology rollout are estimated at approximately $41 billion.

•       Completion date – The Coalition Government’s deadline to provide nationwide access to the NBN by 2016 was found to be unachievable. The eventual timeframe for completion is still uncertain and will likely depend on the final corporate and infrastructure policies decided upon for the project.

•       Longevity – Depending on the technology chosen for the rollout, there is speculation as to whether the network will have the capacity to stand up to future growth in data usage and whether further upgrades will be necessary.

•       Regulation – The rules and regulations that will decide the retail prices that service providers are allowed to charge for connection to the NBN and the level of market competition have not yet been finalised. However, the Government received regulatory approval from the Australian Competition and Consumer Commission on changes to the regulatory document, the Special Access Undertaking, in December 2013. In the same month, after the release of the Strategic Review, the Government appointed a panel of experts to perform a cost-benefit analysis and review of the regulatory arrangements of the NBN.

The personnel of the NBN Co. underwent significant changes with the change of government.

After the change of Government, all but one former board member of NBN Co. offered their resignations to new Minister for Communications, Malcolm Turnbull.

The position of Head of Quality was also made redundant causing Mr Mike Kaiser to leave the company.

While accepting the resignations of the other previous board members, the Coalition Government requested that Dr Kerry Schott and Miss Alison Lansley continue serving on the board.

Soon after Ziggy Switkowski was announced as Chair, the position of Head of Strategy and Transformation was created and Mr JB Rousselot was appointed to the role. This new position was created to incorporate the activities previously undertaken within the Quality group, the corporate planning, strategy and decision support functions of the office of the Chief Finance Officer and lead the Strategic Review of the NBN.

In November 2013, another former Telstra executive Mr Greg Adcock was appointed to the position of Chief Operating Officer (COO).

In December 2013, Vodafone CEO Bill Morrow was announced as the new CEO of NBN Co.

The NBN Co. awarded contracts for the various works involved in the design and construction of the National Broadband Network to a number of companies.

The primary contractors responsible for the rollout in each state are as follows:

Silcar Pty Ltd is the tier one contractor for the NBN rollout throughout the ACT, New South Wales and Queensland. Previously a joint venture between Siemens and Thiess, in 2013 Siemens’ shares were acquired by Thiess. Thiess is a subsidiary of Leighton Holdings, who also owns NBN contractor Visionstream.

Before going into caretaker mode before the 2013 election, the NBN Co. renewed its construction contract with Silcar for another 12 months.

Transfield Services was awarded the initial contract for the construction of the NBN in Victoria.

In 2013 NBN Co. also extended its contracts with Transfield, valued at approximately $300 million, for a further two years. Under the contract Transfield will provide design and construction services for the local and distribution network that runs from a fibre access node (FAN) through each street in a coverage area.

NBN Co has also awarded Transfield another contract worth up to $66 million to complete the installation of the individual fibre link from the street to the connection box on the exterior of each premises in the rollout area as well as a $170 million contract comprising Passive Fibre Network design and construction and Build Drops (house pre-connections) in metropolitan Sydney and south east Sydney.

Visionstream, a subsidiary of Leighton Holdings, was awarded the primary contract for the rollout in Tasmania as well as additional works in Victoria, Queensland and southern New South Wales. The contract was valued up to $334 million over two years, with two one-year options to renew, and adds to the existing NBN construction efforts of Silcar in NSW and Queensland and Transfield in Victoria. Recently, the Coalition Government called into question the Visionstream’s progress on the project in Tasmania but the company denied all allegations that it had ceased construction.

Following the decision in 2013 not to renew the existing construction contract with Syntheo for the rollout in South and Western Australia, SA Power Networks became the major contract holder for South Australian rollout and Downer EDI became the primary contractor in Western Australia

Downer had already been contracted by NBN Co to roll out the network in Northern New South Wales and has further contracts to connect multi dwelling units such as blocks of flats and office blocks to the NBN in Victoria and NSW (“MDUs”) and to connect the fibre from the street to individual premises in northern NSW (“build drops”). Downer was also awarded an additional two-year contract to roll out fibre optic broadband in an area covering approximately 300,000 premises in Brisbane and Melbourne.

Syntheo is a 50/50 joint venture between Lend Lease and Service Stream. The company was initially awarded the primary contracts for the NBN rollout in Western Australia, South Australia and the Northern Territory.

In March 2013, Syntheo handed back ownership of a large part of the NBN rollout in the Northern Territory to NBN Co. after delays in construction.  The company’s contracts for WA, SA and the NT have not been renewed and a replacement contractor for the majority of the NT works has not yet been selected. In the meantime, Lend Lease will control the delivery of Syntheo’s remaining obligations under the agreement with NBN Co, subject to the satisfaction of approval conditions.

Service Stream’s obligations for additional contracts it directly entered into with NBN Co to deliver the NBN, primarily to new developments in NSW, WA, SA and the NT, and for Field Services Delivery and Network Augmentation and Restoration Activities in Victoria, WA, SA and NT are still in effect. 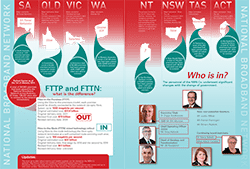