The Energy Efficiency Council has elected a new president, Dr Mary Stewart (pictured below), who will be taking over from Professor Tony Arnel – after his six years guiding Australia’s peak body for energy efficiency, energy management and demand response, has come to an end.

A leader in the international sustainable planning, design and efficiency debate, Professor Arnel joined the board of the Energy Efficiency Council in 2014 and took on the role of President in 2015. 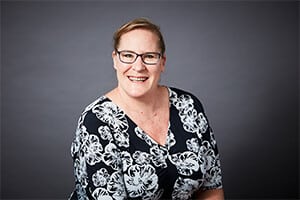 Dr Stewart is a globally-recognised expert in sustainable development, having spent more than two decades helping some of Australia’s largest energy users to develop energy management and climate risk strategies.

“Tony is a longstanding industry leader who took the helm at a critical moment for the council. During his six years as President, Tony oversaw significant growth, and raised our profile and our impact. Behind the scenes, he played a crucial role in building coalitions with other industry bodies that have broadened the council’s scope and reach,” Mr Menzel said.

“Tony leaves us in great shape. And we are thrilled that Dr Mary Stewart is stepping up to the plate. Mary is a passionate advocate for energy management, and the role it can play in a more flexible, twenty-first century energy system.

“She is also a leading voice on carbon issues, and an expert on the concrete actions business and government can take to meet the climate challenge.”

Professor Arnel said he is proud of the Energy Efficiency Council’s progress made over the last six years.

“Luke leads an incredible team that is driving the national conversation around energy management. We’ve worked hard to put structures in place that will support the council’s continued growth,” Professor Arnel said.

“Dr Mary Stewart is a highly capable and passionate industry leader, and I am confident she will build on this momentum to ensure our industry plays its full part on the road to net zero emissions.”

Dr Stewart was elected to the board of the Energy Efficiency Council in 2017 and chaired its Strategy Committee for two years before her appointment as Vice President in 2019.

A trained chemical engineer and CEO of energy and climate risk advisory firm Energetics, Dr Stewart has conducted energy efficiency assessments at more than 30 mine sites.

Dr Stewart is also an expert in lifecycle assessment and has been a business observer to the United Nations Framework Convention on Climate Change since 2017.

“It is a great honour to take the reins from Tony, who has steadily grown the council’s influence and impact. Tony helped shape a strong national voice for energy efficiency – a voice that is more crucial now than ever. I am looking forward to building on these efforts by articulating the central role of energy efficiency in a net-zero world,” Dr Stewart said.

The ten-member board recently achieved gender parity for the first time since its establishment in 2009.