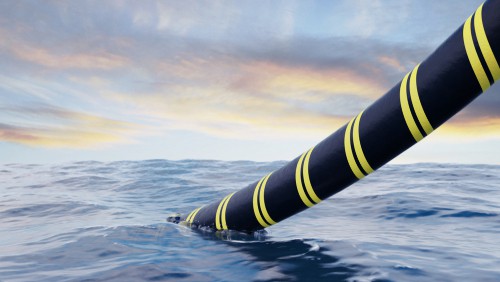 The Sunshine Coast is set to be more connected than ever, with major new telecommunications infrastructure going ahead thanks to $15 million in funding from the Queensland Government’s $150 million Jobs and Regional Growth fund.

Queensland Minister for State Development, Manufacturing, Infrastructure and Planning, Cameron Dick, said the $15 million commitment to assist the Sunshine Coast Council to secure the landing of an undersea fibre optic cable into Queensland will be a long-term economic game-changer that will benefit the entire state.

“The reality is only a small volume of international telecommunications is delivered via satellite with 95 to 99 per cent of Australia’s internet needs serviced by a limited number of undersea cables coming into Sydney and Perth,” Mr Dick said.

“This is a risk and limitation for Australia’s internet connectivity and commercial data centre capacity, particularly here in Queensland, where a majority of our telecommunications traffic has to be routed through Sydney.

“A submarine cable on the Sunshine Coast will not only diversify the landing locations for telecommunications traffic, but will also provide speed, reliability and capacity improvements for the whole of the state, as well as cheaper connections for Queenslanders who will no longer have to pay for international data to travel via Sydney.

“A modern and growing knowledge-based economy relies on access to high-speed communications networks to ensure fast and reliable delivery of services across our state, from key social services to telehealth in our hospitals. This initiative will bolster connectivity and reliability of these networks, and the services that rely on them, benefitting all Queenslanders.”

RTI Connectivity is currently leading a consortium with Google and AARNet in building a 9600km submarine cable between Japan, Guam and Australia (JGA-South), and a 550km branch will now also be built to connect the JGA-South cable to a new landing station at Maroochydore City Centre.

Sunshine Coast Mayor, Mark Jamieson, said the international broadband cable project has been eight years in the making, and council was proud to be the first local government in Australia to secure a communications project of this magnitude.

“The Sunshine Coast is a rapidly growing region and this project will help drive the continued diversification of our local economy, generate revenue and position our region to attract new business and investment, particularly organisations with big data requirements,” Mr Jamieson said.

“Our studies have indicated that this project will create up to 864 new jobs for our local region and could add $927 million to the Queensland economy.”

Mr Dick said the project placed the Sunshine Coast in prime position at the front door for the enormous volumes of communication traffic incoming to Australia from right across the Asia-Pacific.

“Having high-capacity data connectivity straight into economic powerhouses in Asia will be a massive stimulus for the Sunshine Coast and broader Queensland economy, creating jobs and encouraging investment well into the future,” he said.

“The Palaszczuk Government welcomes the opportunity to assist the Sunshine Coast Council to make this important, future-focused infrastructure project a reality through our Jobs and Regional Growth Fund.”