Zinfra Project Manager, Vijay Premkumar, said, “Resourcing and timing were critical to the successful delivery of the project. Careful management, scheduling and coordination of our resources was required due to the nature and location of the nine different sites.”

The Upper Canal in NSW was first commissioned when the Botany Swamps were proving inadequate to supply Sydney’s growing water demand in the late 19th century. The Upper Canal is an unsung hero of Sydney’s history and is a precise piece of engineering that is still serving the needs of Sydney, more than 125 years later.

The 64km Upper Canal is still the only way of transferring water to Sydney from the four Upper Nepean dams, which supply on average 20 per cent of Sydney’s water, but at times can supply up to 40 percent of Sydney’s daily demand.

The Upper Canal is state heritage listed, and forms an integral part of Sydney’s water supply.

Whilst the Canal is generally performing its function successfully, some of the sections are reaching the end of their efficient operating life, and therefore remedial measures were deemed necessary.

The installation of the gates allows for greater control of the flow of water as it proceeds down the canal through maintaining a desired upstream level. 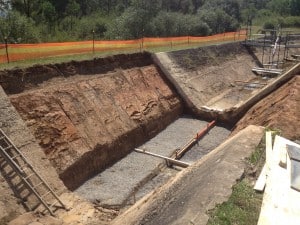 In delivering the gate installation project, one of the biggest challenges Zinfra faced was access to the dispersed sites. Mobilising equipment, excavators and cranes to the remote locations, often with poor access, was difficult.

Accessing the canal also required extensive landowner and stakeholder management to ensure everyone in the community was consulted and abreast of works in the vicinity.

“It was a challenging project. Access was often difficult and this in turn created technically difficult situations that required a lot of thinking and problem solving,” Mr Premkumar said.

“But we managed the logistics and resources well so, despite the challenges, it really was an enjoyable project to deliver for our client WaterNSW.”

This partner content is brought to you by Zinfra. For more information, visit www.zinfragroup.com.au.