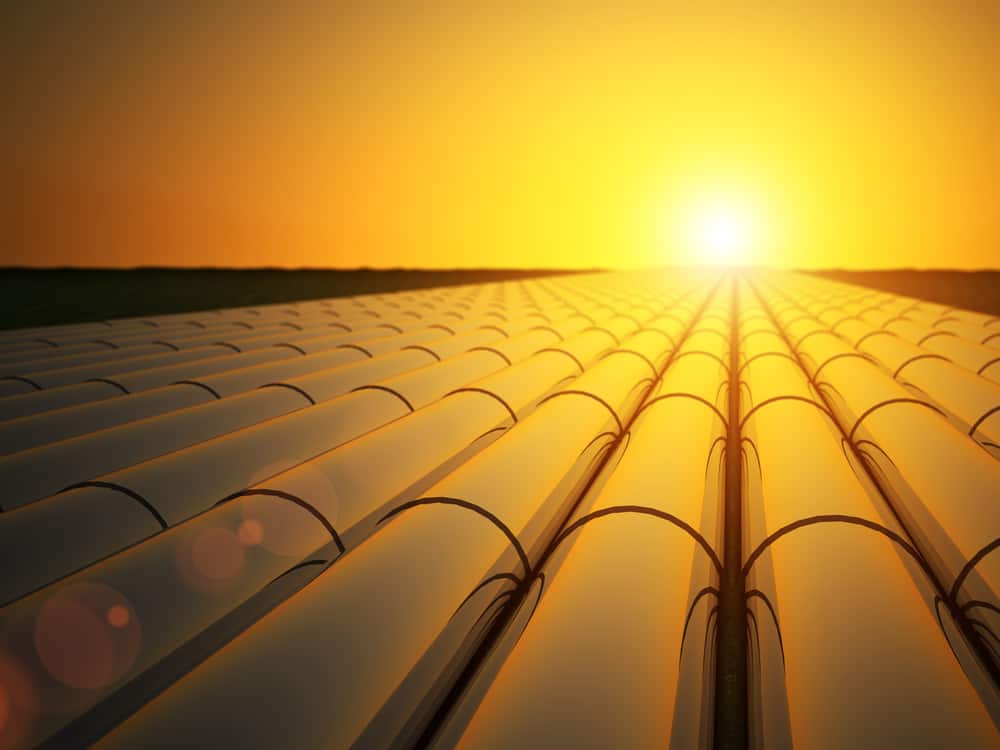 Leading energy infrastructure company, Jemena, has been honoured with the Significant Investment Award for its Northern Gas Pipeline (NGP). Minister for Trade, Tourism and Investment, Senator Simon Birmingham, presented the award in Canberra on 3 December.

Jemena’s Managing Director, Frank Tudor, said that the award recognised Jemena’s investment in jobs and communities through construction of the 622km NGP, from Tennant Creek in the Northern Territory to Mount Isa in Queensland.

During its planning, construction, and commissioning phases the NGP created more than 1,200 jobs, of which 833 were secured by people from the communities surrounding the pipeline route.

“We thank Minister Birmingham for supporting Australian investment and by receiving this award, I acknowledge the people of the Territory and Queensland’s Mount Isa region who welcomed us into their communities,” Mr Tudor said.

“We could not have achieved construction of the NGP without them and we have developed a number of relationships with the community as a result.

“For us, the award recognises our bold decision to invest in crucial infrastructure across northern Australia, to lead the delivery of much-needed gas from the Northern Territory to the east coast.

“It’s a decision we are proud of because we delivered a pipeline which will act as a backbone for future projects, and we have stimulated economic investment in jobs, growth and local communities.”

The pipeline will bring with it long-term benefits of ongoing support for a number of community organisations and had an estimated economic benefit to the Northern Territory of $213 million.

Mr Tudor reiterated Jemena’s future commitment to expand and extend the NGP to deliver more gas to the east coast, creating an estimated 4,000 jobs, many of which will boost local employment for communities and contractors, as part of Jemena’s Local First Policy.

“Jemena’s commitment to infrastructure development in the Northern Territory and across northern Australia remains as strong as ever and we are working to deliver the infrastructure solutions needed to contribute to solving Australia’s gas crisis,” Mr Tudor said.