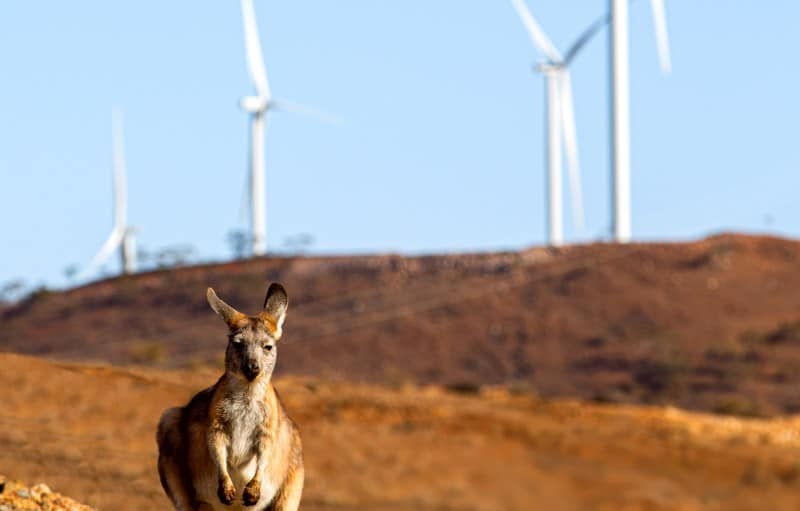 Construction on the Silverton Wind Farm has been completed, with the $450 million project now generating at full capacity after successful testing.

All 58 turbines are now running and generating for the grid.

The wind farm is expected to reduce CO2 emissions by 655,000 tonnes annually – the equivalent of taking 192,000 cars off the road annually.

One of the largest wind farms in Australia, the project is located in an ideal spot for wind-generated energy in the Barrier Ranges of New South Wales, 25km north of Broken Hill.

Silverton Wind Farm at a glance “The turbines have been generating at night and now have clearance to generate in the day. We’d like to thank AEMO and Transgrid who have worked to resolve issues around the Western Murray constraint,” Mr Mackett said.

“The teams involved have done an amazing job in delivering this project, and we thank them for their efforts.”

Powering Australian Renewables is a partnership between QIC, Future Fund and AGL to invest in 1,000MW of large-scale renewable energy projects.

“This also marks the completion of Powering Australian Renewables’ first development project, and puts us on track to be a leading investor in, and owner of large-scale renewable energy assets in Australia,” Mr Dutaillis said.

Mr Mackett said that AGL and Powering Australian Renewables have been working closely with the local community.

“We are aiming to deliver community-wide benefits, encourage innovation in and support for issues of community significance,” Mr Mackett said.

“In 2018, a Silverton Community Fund was established which aims to assist residents to reduce their electricity bills and help with water management in times of drought.

“We intend to hold a community open day to mark the milestone later in the year, when the COVID-19 pandemic restrictions have been eased.

“The project is expected to increase Gross Regional Product by over $700 million during the life of the project which is a great outcome for the Far West region of NSW.”