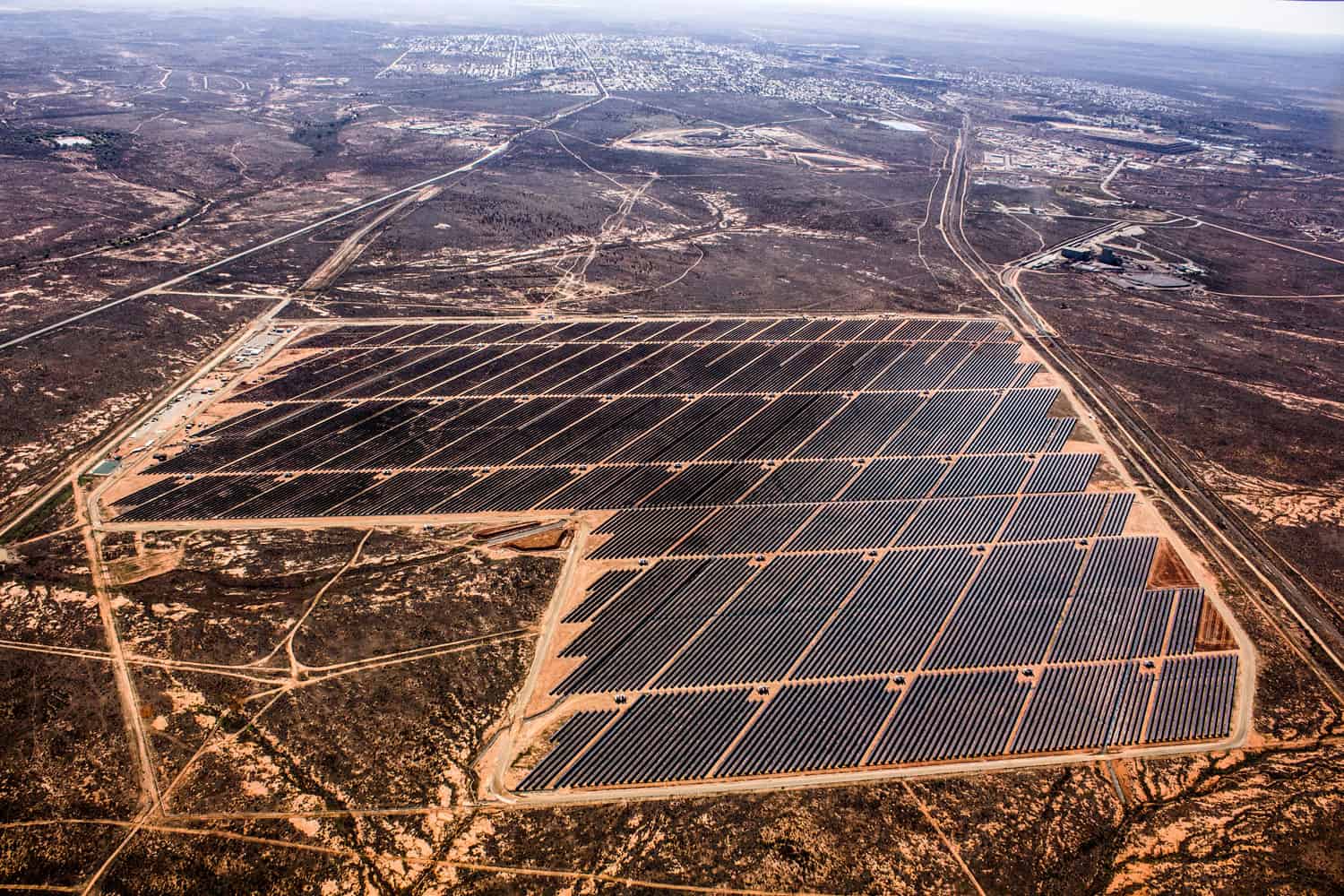 AGL Managing Director and CEO, Andy Vesey, accompanied the Federal Minister for the Environment, Greg Hunt, at the ceremony along with other project partner representatives.

Mr Vesey said that developing two solar plants of the magnitude of Nyngan at 102 MW and Broken Hill at 53 MW is a major accomplishment and signals the birth of large-scale solar in Australia.

“We are proud to have achieved this on time and on budget. The two plants add to AGL’s credentials as Australia’s largest non-government owner, operator and developer of renewable energy generation with over 1,900 MW of renewable capacity currently in operation,” Mr Vesey said.

Since then, both plants combined have generated over 200,000MWh of renewable energy, which is enough to power around 34,000 average Australian homes.

Mr Vesey said, “Adding renewable or near-zero emission technology like our two solar plants is an integral part of our Greenhouse Gas Policy, which will help to reposition AGL as it moves towards a decarbonised electricity generation sector.

“It also demonstrates our support of the Federal Government’s commitment to Australia reducing emissions and limiting temperature increases to 2ºC as agreed at the United Nations COP21 in Paris last month.”

Mr Vesey acknowledged that Australia must continue to build large scale renewables to reduce emissions and said that “achieving this will require a sustainable energy market and the resolution of two key barriers – energy market design and the closure of older, high-emitting power plants.”

Development of the two solar plants has provided significant economic support to the region.

Nyngan and surrounding communities received an economic boost of around $14million through direct and indirect costs. In Broken Hill, during the plant’s construction, around $15million was injected into the local community.

In the future it is expected the plants will lead to increased tourism for both communities.

Mr Vesey said that recognising the potential of the solar plants can lead to increased tourism and economic benefits for the Nyngan and Broken Hill communities.

“We will build an information and education facility at each site as a legacy to support tourism. We are in the early stages of planning these facilities and look forward to working with the local Councils and communities to progress these plans,” Mr Vesey said.

Mr Vesey also thanked the local communities for their contribution to the projects during construction and highlighted that it was just the beginning of a 30-year partnership between the regions and AGL, as this is the estimated operating life spans of the two plants.

There are now up to four local full-time employees operating and maintaining the Nyngan plant, which will see an anticipated $137million flow into the regional economy through employment and direct maintenance service requirements such as plant and infrastructure upgrades.

During a similar timeframe, around $85.5million is expected to flow into the Broken Hill region with up to two local full-time employees currently operating and maintaining the Broken Hill solar plant.

At the opening ceremony, Minister Greg Hunt, on behalf of the Clean Energy Regulator, presented AGL’s Broken Hill and Nyngan solar plants with certificates of accreditation that officially recognise them as accredited renewable energy power stations.

ARENA’s Acting CEO, Ian Kay, congratulated AGL and First Solar on the significant milestone, noting it was the result of hard work and commitment over many years.

“In the future, this historic achievement will mark the moment big solar started to become a major contributor to Australia’s energy supply.

“Ultimately, this momentum will allow us to capitalise on Australia’s world-leading solar resource and speed up the transition to renewable energy for our electricity needs,” Mr Kay said.

“In many parts of the world, solar energy is already cost-competitive with conventional generation. Considering the substantial and sustained cost reductions in the solar industry and the lessons learnt at projects like Nyngan and Broken Hill, it is inevitable that utility-scale solar projects in Australia will compete on an unsubsidised basis, in the near future,” Mr Curtis said.