Partners in arms: the benefits of an approved providers list Prior to the establishment of an approved providers list in 1997, Sydney Water supervised all works relating to the delivery of infrastructure and assets to ensure quality control.

In 1997, after the decision was made to remove the requirement for Sydney Water to supervise works, a formal list of providers was developed to assist in the delivery of water-related infrastructure and services in Sydney.

The approved providers list includes contractors who can undertake major and minor works, or who were qualified project managers, drillers, field testers, designers and sewer locators. These providers directly contract with developers and Sydney Water customers.

In 2000 Sydney Water amended the approved providers list, replacing project managers with water servicing coordinators (WSCs), who acted as the intermediary between Sydney Water and developers. Their role was to assist developers meet Sydney Water’s requirements for delivery and protection of infrastructure, as well as obtain a compliance certificate.

Since its establishment in 1997, the list of approved contractors has grown to more than 300, providing developers with a competitive choice to assist them in delivering construction works.

While there is no set limit to the number of providers that can be placed on the list, Sydney Water only opens the list via application periodically to deliver its customers and the development industry with more choice and the best service delivery options.

In 2014 Sydney Water called for applications to be added to the approved providers list for the first time in a number of years. Sydney Water also announced that it had signed a memorandum of understanding with the National Association of Testing Authorities (NATA), which saw all field tester applications assessed by the NATA.

As well as being added to Sydney Water’s providers list, applicants who are approved by NATA will also receive accreditation from NATA, potentially opening up further opportunities in their field of expertise.

The criteria and assessment process for new applicants has evolved since the establishment of the list. One thing that hasn’t changed is the requirement for all applicants to undergo a rigorous assessment to ensure they meet Sydney Water’s quality assurance standards and relevant listing criteria.

Constructors of major works, minor works, drillers, field testers, designers and sewer locators that apply are required to have the following included on the list:

Since 1997 the approved providers list has ensured a high quality of construction has occurred on newly built water-related infrastructure in Sydney Water’s area of operation. It has also helped provide the development industry with cost competitive options when searching for high skilled constructors.

In the 2013-14 period, approved providers have enabled the provision of services to 21,000 dwellings with the design and construction of 127km of water mains and 148km of wastewater pipes. There have been a number of high-profile projects delivered over the past 18 years, which have made use of the approved providers list, including:

Approved providers are a good way for utilities to assist in the delivery of major projects and adherence to quality assurances standards. It also gives our customers choice and helps them navigate the complexity of deciding who to choose to provide services. 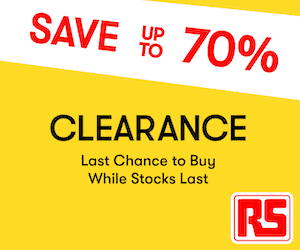