Powering the next 100 years 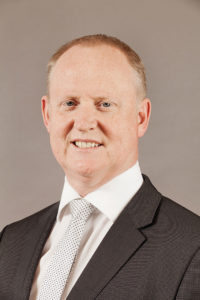 Thursday 20 April was a proud and historic day for Tasmania. It was the day Tasmania’s role as the clean energy leader of Australia was established beyond doubt.

More importantly, it was the day that we, as Tasmanians, were called upon to play a much bigger and more crucial role in Australia’s energy future.

Tasmania is uniquely placed to help lead Australia through its energy challenges. That conclusion is now vocally supported at the highest level, and has widespread backing.

Through Hydro Tasmania, and our consulting business Entura, our island offers the necessary experience, skill, and renewable energy platform to take a leadership role.

The “battery of the nation” concept is particularly timely, because large storage devices like batteries and pumped storage hydro will become much more important as Australia seeks to replace coal-fired power and get more energy from other sources, including solar and wind.

Sources like wind and solar only supply electricity when the wind blows or the sun shines – and are therefore known as intermittent. That’s fine when we have coal and gas to supply power at other times. But as older sources close, the market needs ways to supply customers and industry.

During windy and sunny times, wind and solar may generate more electricity than is immediately needed, but that surplus power could be stored for later use. That’s why energy storage through batteries is becoming crucial.

A battery in the electricity network is like a rechargeable battery at home. It’s good at supplying a lot of power quickly for a few hours. But storing enough energy to meet demand for several days or weeks would require an enormous number of batteries.

So when it comes to clean energy storage on a very big scale, the biggest excitement at the moment is understandably about pumped hydro storage.

Here’s how it works:

Conventional hydropower systems collect water in a lake or reservoir on higher ground. That water is run downhill through a pipe or tunnel to spin a turbine in the station below, generating electricity.

Pumped storage hydro is effectively a battery for storing energy (by storing water), by pushing the water back up the hill to be re- used. It uses electricity to pump water upwards from a storage pond to the reservoir, often simply by running a specially-designed generator backwards.

Pumped storage can keep storing water, and therefore energy, until the top reservoir is full. And depending on the size of the uphill and downhill bodies of water, the energy stored could run the generators for days, weeks or months. The battery of a nation

Since connecting to the National Energy Market via Basslink in 2006, Tasmania’s flexible hydropower system has already acted as a giant 500 megawatt battery for Australia, because of our water in storage.

So while pumped storage hydro may form part of an exciting future, the foundations of Tasmania’s energy storage evolution are already in place.

Our state is already living proof that hydropower can provide the reliable and affordable baseload power Australia badly needs into the future.

We also have nation-leading expertise when it comes to integrating renewable energy into the grid in a stable and affordable way.

We’ve done that innovatively and successfully in Tasmania, and it’s the very challenge mainland Australia is starting to grapple with.

Let me briefly recap the announcement of 20 April by the Prime Minister and Tasmanian Premier about boosting Tasmania’s clean energy capacity and making a greater contribution to the National Energy Market:

If they prove to be feasible, those projects would position Tasmania as the “battery of the nation”.

They’d have a combined capacity of about 2,000MW (the largest being changes to the Great Lake/Poatina     scheme with an increased capacity of 570MW).

If committed to, each project would take a few years to establish.

2.  The nine smaller projects are earmarked as additions to existing hydropower schemes at various locations around Tasmania, and would have a combined capacity of about 500MW.

3.  ARENA will consider a study which includes replacing one of Hydro Tasmania’s oldest power stations at     Tarraleah with a modern design – boosting production by more than 200 gigawatt hours each year, and           extending the station’s operating life by 80 years.

The Gordon Power Station (our largest) would also have an extra turbine installed to boost efficiency.

As well as those proposals, Tasmania has many prospective wind farm sites, and we’re already considering more interconnection with Victoria. Tasmania currently has on-island wind power capacity of 308MW, and the introduction of pumped storage hydro could significantly boost wind farm development.

Hydro Tasmania has powered this state for more than a century. These projects are part of powering generations for the next 100 years through innovative renewable energy development.

At the moment, about 80 per cent of the national market is supplied by coal plants that will eventually close. Australia badly needs reliable and affordable replacement energy, and renewable energy, firmed by pumped hydro or other firming capacity, can supply that energy.

Tasmania currently provides about five per cent of the national market’s energy, and more than 40 per cent of its renewable energy (easily the largest single renewable producer).

By increasing our interconnection, boosting our hydropower system, including with pumped storage hydro, and further developing our world-class wind power, we could increase that contribution significantly.

Tasmania would become a large, flexible renewable energy supplier for the nation, providing clean power when customers need it.

It’s the right time to see if that vision for Tasmania stacks up – either fully or partly.

If we’re right, and it’s a good answer for Australia, then Tasmanians will also reap the benefit of extra development and jobs, as well as having the most reliable and best-priced energy supply in Australia.