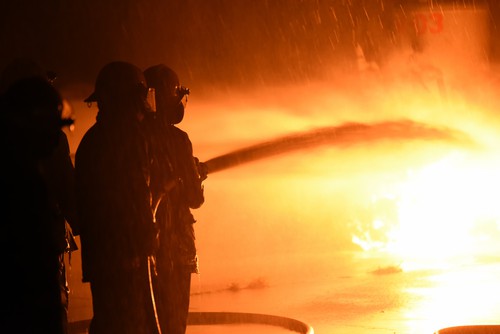 Pumps proved integral in the clean-up of a recent factory fire in Melbourne’s western suburb of Footscray, which led to toxic water runoff into the nearby Stony Creek.

A significant amount of runoff from the site caused discolouration, contamination and odour of the water in the creek.

Melbourne Water operational staff were onsite at Stony Creek from the morning of Thursday 30 August 2018, helping to man the pumps removing water impacted by the fire.

Melbourne Water has removed over 30 million litres of affected water from the creek, with water taken continuously from the creek for four days.

Pumps were installed at three sites along Stony Creek: Cruickshank Park in West Footscray, further downstream near Francis Street, and a third site on Stony Creek just before it runs under Williamstown Road.

Melbourne Water also installed a number of booms to capture as much debris, oil and foam as possible.

Melbourne Water worked in partnership with the relevant authorities, including the Environment Protection Authority and Metropolitan Fire Brigade, to manage the impacts from the fire.