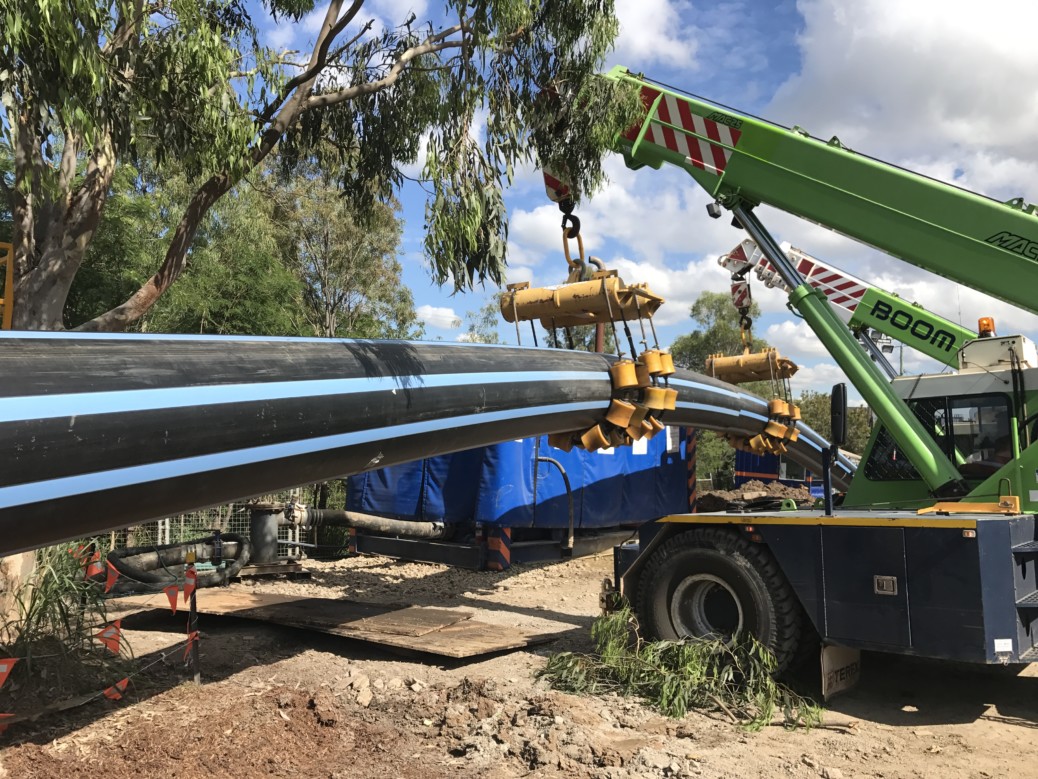 A new milestone in the construction of the $20 million cross-river water pipeline in Brisbane has been reached, with more than 20m of new pipe installed underground beneath the river bed from Murarrie to Pinkenba. Queensland Urban Utilities spokesperson Sally Prosser said the pipe was first suspended by cranes and rollers along the railway line at Murarrie.

“Using advanced trenchless technology, we already bored a path for the new pipeline under the river. This step involved pulling the pipe through,” she said.

“It was quite an impressive sight, as the pipe is more than one kilometre long and 800mm in diameter.”

The project also includes 1.2km of new water pipe along Holt St at Pinkenba and around 850m of new pipeline along Queensport Rd North at Murarrie.

The works will cater for future demand in suburbs such as Hamilton and Eagle Farm, as well as the thriving Australia TradeCoast Industrial Precinct, which includes the airport.

“Water is an essential service that more than 1.4 million people in our region rely on every day, but it’s largely hidden underground,” she said.

“Projects like this demonstrate that a lot goes on behind the scenes to deliver fresh, clean drinking water to your tap.”