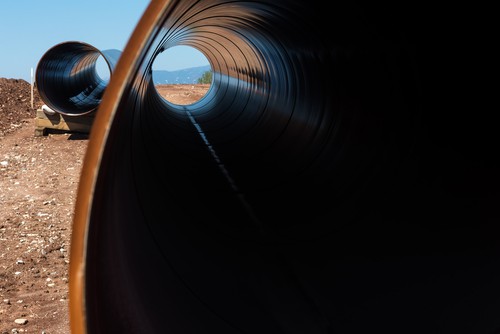 “Improved pipeline infrastructure is key to getting natural gas to where it is needed, be it into the east coast network or to export markets,” Mr Turner said.

The completion announcement builds on the recent agreement between Senex and pipeline operator Jemena to fast-track the development of another new gas processing and pipeline facility in Queensland’s Surat Basin.

“In the past year alone, we have seen significant announcements from Arrow Energy, Shell Australia, and Senex to bring on new supply. At the end of February, Santos announced that it would spend almost a billion dollars on its Roma East project, while APLNG is expected to spend $3 billion on activities this calendar year,” Mr Turner said.

The efforts of the gas industry in Queensland have been recognised by the Australian Energy Market Operator (AEMO) in the recent 2018 Gas Statement of Opportunities (GSOO) report. The report confirms the actions taken by the industry to bring more gas into the domestic market has removed any concerns about potential shortfalls out to 2030.

“The GSOO notes that in order to meet demand over the period to 2030, significant ongoing industry investment will still be required to commercialise existing reserves and find new resources. It is important that all governments work towards removing impediments to unlock our full resource potential,” Mr Turner concluded.