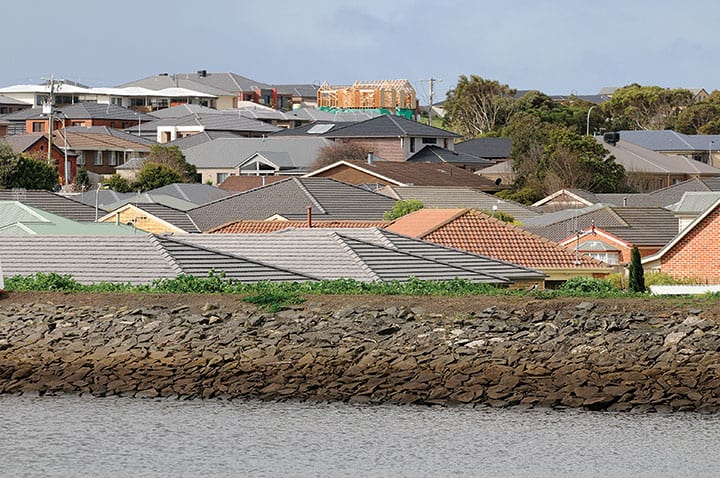 The Warrnambool Roof Water Harvesting Project is a leading example of water-sensitive urban design that is sustainable, cost effective and environmentally friendly.

It promotes the use of an alternative water source to help meet the challenges of adapting to climate change without imposing unreasonable requirements on developers.

The project ‘taps’ a new water catchment by capturing water from rooftops in new residential or industrial subdivisions that would otherwise be lost to run-off. This water is then directed for treatment to supplement the urban water supply.

The harvesting of roof water in urban environments has the combined effect of contributing to the city’s water resources, plus reducing the severity of rainfall events on the natural creeks and waterways in the catchment.

The award-winning scheme, which won the ‘Infrastructure Project Innovation Award’ at the Australian Water Association’s Victorian Water Awards in December 2017, is a partnership between developers, Wannon Water and the Warrnambool City Council, and is also supported by the Australian and State Governments.

The core aim of the project is to address a number of the detrimental factors associated with urban development by:

Stage one of the Warrnambool Roof Water Harvesting project was launched in the city’s Russells Creek residential growth corridor, at the corner of Whites Road and Aberline Road, in 2011.

The $3.8 million project involved a dedicated pipe network comprising around 2km of trunk mains and more than 2km of smaller collection pipes installed within the new subdivision.

Water from 180 new houses is transported through the pipes to Brierly Basin where it is mixed with other raw water and then treated at the Warrnambool Water Treatment Plant, supplementing the city’s regular drinking water supply.

Property owners still have the option of collecting rain water for their own use such as in gardens. They can install a tank to collect the water and direct any overflow to the scheme.

Alternatively they can have no tank and direct all their roof water to the scheme.

The project has a range of social benefits including:

A long-term strategy for future growth 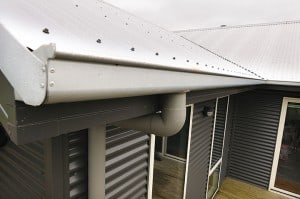 The scheme will progressively expand as development occurs across the north-eastern area over the next 25 years.

Eventually, roofs on 3000 new homes will form an urban catchment and contribute around 471 megalitres of water a year to supplement Warrnambool’s urban supply.

The project is also expanding to the Gateway Business Park in Horne Road, East Warrnambool.

Wannon Water has worked with the developers to design the industrial estate’s pipe network and pumping station.

Roof water will be collected from sheds built during stage one of the development and piped to the existing Dales Road raw water storage basins. It will be transferred to Brierly Basin and then to the Warrnambool Water Treatment Plant where it will supplement the city’s regular urban supply.

Due to the large roof areas and the flat land in the estate, each industrial site will require above-ground tanks allowing the flow entering the basins to be regulated. The scheme requires a designated buffer volume, dependent on the roof area, but property owners still have the option of installing a larger tank and reserving the extra volume for their own use.

The pipe works are planned for completion in the 2017/18 financial year and, when fully developed, this stage is expected to harvest 25 megalitres per year. 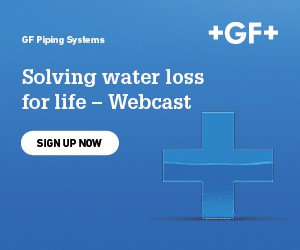