Record-breaking renewables: a year in review 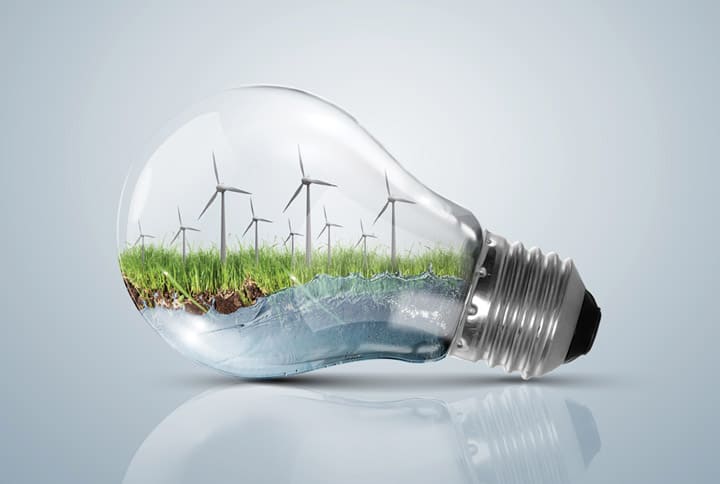 In May 2018, the Clean Energy Council, the peak body for the renewable energy and energy storage industry in Australia, released its annual Clean Energy Australia Report. The 2018 report provides a comprehensive overview of the current state of the Australian clean energy sector and the latest key figures and statistics on the national energy market.

It is the only analysis that includes the National Electricity Market, the Western Australian electricity grid and other major regional grids across the country in areas such as the Northern Territory.

Approximately 700MW of renewable projects were completed and began generation in 2017.

With seven times that amount either under construction or with financial support at the end of 2017, the clean energy industry is on the verge of a major breakthrough.

According to Bloomberg New Energy Finance data, large-scale wind and solar project activity pushed investment in Australia up 150 per cent to a record US$9 billion in 2017.

This was three per cent higher than 2016 and the second highest annual figure ever – just seven per cent less than the record US$360.3 billion reported in 2015.

Almost 1.1GW of solar PV was installed in the small-scale market in 2017, which was a record for the rooftop solar industry.

There is now 167MW of cumulative capacity in the medium-scale solar sector, representing an increase of more than 500 per cent over the past five years.

Four new large-scale solar projects were completed in 2017, with the largest being the 50MW plant built by Genex at Kidston in North Queensland.

The wind sector also experienced a large amount of activity in 2017, with 15 new wind farms either under construction or financially committed at the end of the year.

The 547MW of new capacity added in 2017 was the third highest amount added in the history of the Australian wind industry, bringing total generation capacity across the country to 4816MW.

For the first time ever, wind and hydro generation contributed an almost identical amount of electricity – approximately 5.7 per cent each – to total national electricity generation during the year.

Early in 2018, the Clean Energy Regulator (CER) announced that there were enough projects at a sufficiently advanced stage to meet the large-scale Renewable Energy Target (RET).

The CER has previously estimated that approximately 6000MW of large-scale generation capacity would need to be announced and built between 2016 and 2019 to meet the target of 33,000GWh of additional renewable energy by the end of the decade.

There has been 6532MW of new large-scale generation firmly announced between 2016 and the time of the CER announcement in January 2018.

The majority of this is either under construction or already operating, and the rest is expected to begin construction in 2018. 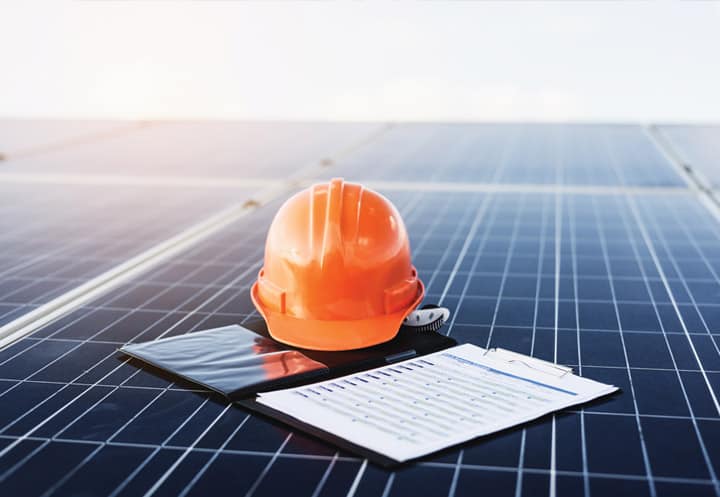 The Australian Capital Territory has the most ambitious renewable energy target in the country, and is on track to deliver on its goal of 100 per cent clean energy well before its 2020 deadline.

The ACT was the first state or territory to run a reverse auction scheme for new renewable energy, a process that invites companies to bid on the construction of new wind and solar projects for the lowest cost.

The feed-in tariffs awarded as part of the auctions are fixed for 20 years, helping to protect Canberra residents from sharp rises in wholesale electricity prices.

The last project to be built under the scheme will be Union Fenosa’s Crookwell 2 Wind Farm, which is due for completion in the second half of 2018. All the other projects have now been completed.

Although New South Wales does not have a specific renewable energy target, the State Government has set a long-term target for NSW to have zero net emissions by 2050, including in its energy sector.

As part of this goal, the government’s Climate Change Fund Strategic Plan aims to double the state’s level of renewable energy capacity to more than 10,000MW by 2021.

NSW was one of the leading states for new large-scale renewable energy projects at the beginning of 2018, with the government approving 11 large-scale solar energy plants in the previous 12 months.

State renewable energy penetration was recorded as 11 per cent, but this figure includes the ACT.

The Northern Territory has set itself a target of 50 per cent renewables by 2030, but renewables only accounted for four per cent of its power generation in 2017.

In late 2017, an independent expert panel produced the Roadmap to Renewables report, which provided 11 recommendations on how the NT Government can achieve its target.

These included making renewable energy a central pillar of the NT Government’s economic policy, and a series of other financial, regulatory and technical recommendations.

Meeting the 50 per cent renewable energy target will allow NT to move away from its reliance on gas and diesel, which currently accounts for 96 per cent of its energy generation.

Queensland has set a 50 per cent renewable energy target by 2030, but in 2017, only eight per cent of the state’s electricity came from renewables.

As part of its $1.16 billion Powering Queensland plan, the government’s Renewables 400 initiative held a reverse auction for up to 400MW of new renewable energy capacity, including 100MW of new storage.

Renewables 400 attracted 115 proposals from 79 businesses, adding up to more than 9000MW of new capacity – more than 20 times the amount needed.

Several areas of the state have emerged as large-scale solar hubs, including Townsville in North Queensland and the Darling Downs west of Toowoomba.

Queensland already has the largest number of rooftop solar installations of any state or territory, as well as eight of the top ten solar postcodes in the country.

South Australia set a target of 50 per cent renewable energy by 2025, which it had almost achieved in 2017, with 45 per cent of the state’s electricity coming from renewable sources.

In March 2018, after 16 years of Labor in power, the state elected a Liberal government. The effect that this will have on renewable energy in the state is yet to be determined.

The new Premier has promised support for storage at the household level, and pledged to build a new interconnector to NSW. He has also backed the solar thermal plant planned for Port Augusta.

Electranet is conducting extensive analysis about whether the proposed transmission line to NSW will be a positive for South Australia. Its report is due mid-2018.

With its extensive hydro power network supplying almost 90 per cent of the state’s energy needs, Tasmania has traditionally been Australia’s renewable energy leader.

In April 2017, Hydro Tasmania announced its Battery of the Nation plan, which could double the state’s renewable energy capacity from 2500MW to 5000MW through pumped hydro storage, wind farms and upgrades to existing hydro power facilities.

A number of new wind farms are under development in Tasmania, with the state’s north-west being touted as “Australia’s wind farm capital”.

The Robbins Island Renewable Energy Park is a proposal for a 450MW project, with the possibility of being expanded to 1000MW if a second interconnector is built to the mainland.

This would make the wind farm the largest in the Southern Hemisphere.

The Victorian Government has also announced the outcome of tenders under its Renewable Certificate Purchasing Initiative, which involves the government procuring renewable energy certificates directly from new Victorian projects.

The 31MW Kiata Wind Farm and the 132MW Mt Gellibrand Wind Farm were the successful projects under the first stage of the initiative, while the 88MW Bannerton Solar Park and 34MW Numurkah Solar Farm were awarded tenders under the second stage of the competitive tender process.

Western Australia has traditionally lagged behind the eastern states when it comes to renewable energy, but during 2017 more than 1000MW of wind and solar projects were seeking connection approvals and finance in the state’s south-west.

However, WA is the only state or territory in Australia that hasn’t committed to a target for renewable energy or zero net emissions.

Renewable technologies accounted for 14 per cent of the state’s total electricity generation in 2017.

In late 2017, the WA Government announced that state-owned power utility Synergy will set up a green power fund with investment from the Dutch Infrastructure Fund, providing an opportunity for investors to finance a portfolio of renewable assets to diversify risk and reduce costs.

The Australian Energy Market Operator (AEMO) estimates that another 700MW of new renewable energy capacity will be required to meet WA’s share of the Renewable Energy Target, and Western Power estimated in mid-2017 that more than 1000MW of new projects are in the pipeline.

Increased confidence in renewables has resulted in an unprecedented level of industry activity, with the rooftop solar sector reporting a shortage of qualified electricians in some areas.

By the end of 2017, many established solar retailers were reporting that the increased level of activity sometimes made it difficult to find enough qualified electricians to complete all the work that was coming in, and these market conditions helped trigger a steady increase in the number of accredited solar installers.

By the end of 2017, the number of installers accredited with the Clean Energy Council had grown to 4941. This was slightly more than the 4824 registered at the end of 2012, which was the previous highest year for the sector.

The number of new accredited installers per month increased by 60 per cent in 2017 compared to the year before.

If the demand for solar continues throughout 2018 – and many of the factors that drove the strong results in 2017 are still in place – the level of opportunity will lead to more electricians doing the necessary training to expand into the solar sector.

Increased project activity for large-scale wind and solar also resulted in a growing number of jobs in regional areas across the country.

Affordability challenges continue across the National Electricity Market, following significant price rises over the past decade.

According to the Australian Electricity Market Commission (AEMC), the national average annual residential electricity bill in 2016-17 was $1424, up from $1296 in the previous financial year.

The AEMC found wholesale electricity costs – the cost of generating power – has been the single biggest driver of residential electricity bill increases recently.

A report by the Australian National University showed that between 2006 and 2016, electricity price rises were highest in the states with relatively low levels of renewable energy and a high reliance on gas and/or coal generation (136 per cent in Queensland, 118 per cent in Victoria and 109 per cent in New South Wales).

In contrast, South Australia, which now generates almost half of its energy from renewables, experienced a far lower electricity price rise (87 per cent) over the same period.