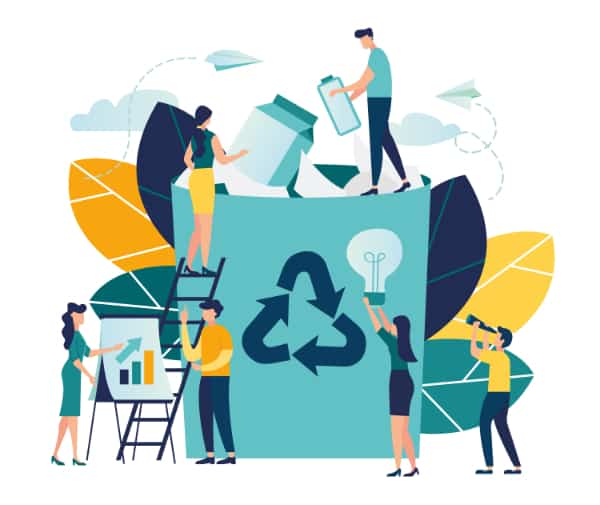 The Federal Government has made funding available for recycling and clean energy projects under its $1.3 billion Modern Manufacturing Initiative (MMI).

The MMI is expected to help manufacturers to scale up production, commercialise their products and operations, and integrate into domestic and global supply chains

Federal Minister for Industry, Science and Technology, Christian Porter, said the funding would help unlock opportunities at home and overseas for manufacturers in the recycling and clean energy areas.

“Turning our waste into valuable products, and expanding our clean energy options are priorities for the Morrison Government – because it’s good for the environment, it’s good for our economy and it’s good for jobs,” Mr Porter said.

“This funding is targeted at businesses who are manufacturing in these areas and will leverage the billions of dollars in other investments being made across government into recycling and clean energy projects.”

Federal Minister for Energy and Emissions Reduction, Angus Taylor, said the MMI was an important part of the Federal Government’s technology not taxes approach to reducing emissions.

“The government is backing Australia’s potential to be a low emissions technology leader,” Mr Taylor said.

“Our support will support the growth of new industries and jobs.

“We’re a trusted supplier of energy, commodities and manufactured products across the Indo-Pacific.

“Getting the technologies of the future right will position us to support our customer countries’ efforts to decarbonise while growing their economies.”

Federal Minister for the Environment, Sussan Ley, said the MMI support showed the Federal Government’s determination to create value from waste and keep it out of landfill and oceans.

“At a time when we are driving an unprecedented transformation of our recycling industries, this investment will encourage new technologies to recover, recycle and reprocess materials like e-waste and problematic plastics into new products,” Ms Ley sai

“The Morrison Government has placed waste and recycling firmly on the national agenda, we are taking action to ban problem exports, to create procurement markets for recycled goods and to establish industry-led product stewardship schemes that make it clear it isn’t good enough to simply throw things away at the end of their life.

“They can and need to be made into new products.”

The $1.3 billion MMI is the centrepiece of the Federal Government’s $1.5 billion Modern Manufacturing Strategy, an action plan to position Australia as a globally recognised, high-quality and sustainable manufacturing nation.

Initial applications will be limited to the Translation and Integration streams of the MMI, with expressions of interest for the larger Collaboration stream to open soon.

Federal funding will be provided on a dollar-for-dollar co-investment basis, with grants ranging from $1 million to $20 million.