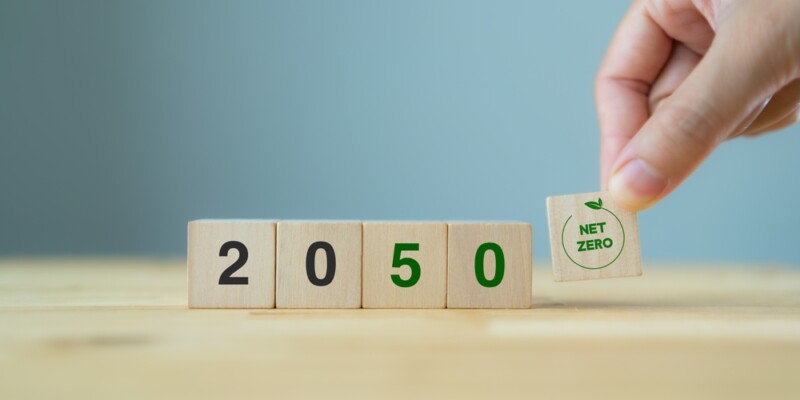 A new energy report has highlighted significant ways industry heavyweights can reduce their emissions by 88 per cent, as Australia transitions to a net zero future.

The report, Setting up industrial regions for net zero, was backed by 18 of Australia’s largest companies, and outlines how decarbonisation would up key regions for the net zero transition.

The report detailed specific requirements and possibilities for four major industrial regions, as well as highlighting the importance of industry collaboration, and taking action now.

“Urgent action is needed to avoid the worst risks of climate change and avoid the need for much steeper emissions reductions in the future,” the report said.

“Without further action on decarbonisation now, the global carbon budget would be exhausted by 2030, from which point emissions would need to be brought immediately to zero.”

Major industrial regions – including the Pilbara, Kwinana, Hunter, Illawarra and Gladstone – have the natural resources, workforce and baseline infrastructure that can be expanded to support Australia’s net zero transition.

The 88 per cent reduction potential is the equivalent to 70 MtCO2e of abatement, or to removing all emissions from cars and light commercial vehicles across Australia.

With momentum building across Australia’s economy to decarbonise, the next phase of the initiative will focus on setting decarbonisation pathways for Australia’s industrial supply chains, in line with the global goal of limiting global warming to 1.5 degrees Celsius.

The 18 initiative participants represent approximately 30 per cent of the ASX100 market value.

The report also indicates that the required renewable energy infrastructure, green hydrogen and energy storage has the potential to create job opportunities for 178,000 to 372,000 Australians.

The investment in these regions and enabling infrastructure will be in the order of $50 to $100 billion, the report found.

The report also reveals the scale of renewable energy required to decarbonise five industry supply chains in the Pilbara, Kwinana, Hunter, Illawarra and Gladstone would be an additional 25-47 per cent of Australia’s total electricity generation, or 68.3 to 125.9TWh of energy.

With momentum building across Australia’s economy to decarbonise, the next phase of the initiative will focus on setting decarbonisation pathways for Australia’s industrial supply chains, in line with the global goal of limiting global warming to 1.5 degrees Celsius.

What the industry experts are saying

The Australian Industry ETI brings together key industry and finance participants to accelerate action towards achieving net-zero emissions in supply chains by 2050, across critical sectors known as ‘hard-to-abate’ given its high emissions and relatively higher abatement costs.

The Australian Industry ETI focuses on reducing supply chain emissions across five sectors: iron and steel; aluminium; LNG; other metals, including copper, nickel, lithium; and chemicals, such as fertilisers and explosives.

“But this will require coordinated efforts across industry, governments and communities and also the finance and energy sectors. It will also need the alignment of policy, regulations and programs to create clear goals and investment confidence.”

Climateworks CEO, Anna Skarbek said that action would only be achievable if there was a rapid deployment of “existing technology solutions, and support the development and demonstration of emerging opportunities through more proactive regional coordination and collaboration”.

“This will require an unprecedented transformation of the energy system,” Ms Skarbek said.

“Governments will have a significant role to play in achieving this, with supportive policy, programs and support for regional leadership efforts, especially in infrastructure which is an enabler of decarbonisation.”

Targets for industrial regions can facilitate planning and action, and guide decision making for the long-term transition. This, as well as coordinated planning and development of multi-user infrastructure and the co-development of regional decarbonisation roadmaps, are among the report’s recommended actions.

The formation of clustered industrial precincts is a key opportunity for Australian industry and in regions where hard-to-abate sectors are concentrated.

Chris Lee, Climate-KIC CEO, said Australia’s industrial regions make an enormous contribution to the economy and are hugely significant in terms of jobs and identity.

“The regions we studied already have the industries, concentration of energy demand, investment, ports, industry knowledge and skills we need for Australia to thrive through the transition,” Mr Lee said.

“This is because precinct-scale responses present opportunities to leverage multi-user infrastructure and existing workforce skills, and more effective use of transmission, distribution and storage infrastructure, which drives emissions down.”

“The latest report from the Initiative finds significant potential for decarbonisation in regional Australia and shows how industrial regions can contribute to reaching net zero emissions by 2050,” Mr learmonth said.

“The Australian Industry ETI is demonstrating important leadership in the energy transition, including the critical area of industrial decarbonisation.

“Australia’s regions have long been recognised as significant sources of energy production for the nation, and we’re pleased to support this report in providing a pathway to how regions can undertake large-scale transformation and continue to be energy and decarbonisation powerhouses for the 21st century.”

Setting up industrial regions for net zero: A guide to decarbonisation opportunities in regional Australia will be published on 20 June 2022 and available online at www.energytransitionsinitiative.org.