Restrictions rise as dam levels fall in the Lower Hunter 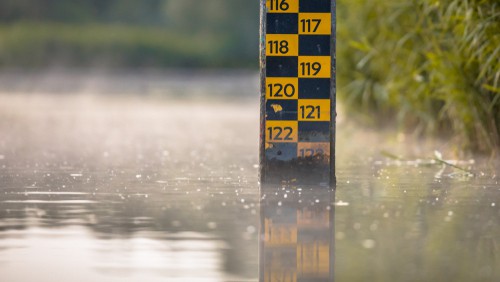 Level two water restrictions will commence across the Lower Hunter, starting in early 2020 as the region sees the lowest dam levels in almost 40 years.

The restrictions come as a result of a hot summer and dry conditions forecast by the Bureau of Meteorology, and will go ahead if predictions are correct.

This would be the first time level two restrictions have been in place since the 1980s drought. It comes as Hunter Water’s storages drop to 57.9 per cent capacity. The last time levels fell below this total was in July 1980.

“The Lower Hunter’s dams are declining at a rapid rate of about one per cent each week due to a lack of decent rainfall and high evaporation,” NSW Minister for Water, Property and Housing, Melinda Pavey, said.

While there is a possibility the region could receive rainfall between now and then, preparations are being made early to provide Hunter Water customers with certainty.

Under level two water restrictions, outdoor watering is limited to 15 minutes every second day, vehicles and buildings can only be washed with a bucket and showers are limited to four minutes.

Hunter Water’s Executive Drought Lead, Darren Cleary, said he was hopeful level two water restrictions would build on the significant savings already made by the community.

“Since the start of level one water restrictions, our community has used 17 per cent less water than what we expected, given the weather conditions – the average water use of approximately 62,000 households over the same period,” Mr Cleary said.

“We’ve been working closely with our large business customers who use more than ten million litres of water a year to develop Water Efficiency Management Plans. This will soon be expanded to our smaller business customers as they start preparing their own plans.

“Thank you to everyone in our community for playing their part to save water, because your efforts are helping make a difference.”