Rise of the machines: drone inspections take off One of the long-running challenges for utilities in managing their assets has been finding ways to easily access, survey and inspect their networks. The introduction of drone technology is providing network owners with new perspectives on their assets in unprecedented detail, and Zinfra is now offering drones as part of its asset inspection services on a routine basis.

Zinfra’s interest in drones began in 2017 as a response to emerging worldwide trends in the use of drones for the inspection of utility assets.

Zinfra’s Group Manager, Strategic Development, Paul Cameron, said at that time, utilities were using drones for a limited range of applications, such as asset inspections and the stringing of power lines.

“The widespread use of drones was still in its infancy but acceptance was growing rapidly. As a result, Zinfra explored a number of options for providing a multiple drone-based service to asset owners,” Mr Cameron said.

“In 2018, Zinfra partnered with SureFact Aerial, which has expertise in the commercial use of drones and the stringent regulatory requirements of CASA.

“The partnership with SureFact Aerial has been very positive and has allowed Zinfra to offer a wide range of asset inspection services to the utility industry.”

Zinfra currently uses a number of tools to undertake asset inspections for its clients, including:

Drones can be deployed quickly and allow clear, high-quality photos to be taken of assets from above, as well as being particularly useful in difficult to access areas.

Zinfra pilots are trained to CASA requirements to ensure they have a good understanding of the regulations governing the use of Unmanned Aerial Vehicle (UAV) aircraft for commercial applications.

Zinfra pilots also undergo regular training in the use of drones for asset inspection and attend in-house workshops, which involve pre-flight equipment checks, flight competency assessments and instruction on the use of the electronic app based flight approval system.

Mr Cameron said that the future will see the use of Artificial Intelligence (AI) to automatically fly, inspect and detect faults in utility assets, but significant work must be done to reach that point and produce a commercial service offering.

“Drones already are capable of automatic flight and trials are underway to develop AI for asset inspection.

“In parallel with the development of a commercial drone service, Zinfra has undertaken a number of innovative projects with various partners to explore the potential of new drone technology, new data capture technology and new data analysis processes.

“These innovative projects include: the use of long-range hybrid drones for transmission line inspections with our Chinese partner NARI; the use of multispectral cameras for the visualisation of thermal hot spots, electrical discharges, and corona effects with the University of Melbourne, and the potential for the use of AI for automatic fault detection with Swinburne University.”

Initial trials are underway with TransGrid in NSW for the inspection of transmission towers, using larger drones with specific camera and data capture features to enable clear pictures to be taken of conductors and insulator hardware.

“The initial trial will further demonstrate the drone asset inspection capability and provide TransGrid with a better understanding of their asset integrity,” Mr Cameron said.

“The feedback from TransGrid was very positive — we couldn’t get those pictures using our normal methods of climbing the tower, it’s just not possible given the angles — and work is now underway to inspect 200 towers in the Sydney/Newcastle area.

“Zinfra is looking to increase its breadth of offering and to extend the current client base to include other assets such as wind generators, solar power stations, gas pipelines and others.

“We currently have interest from clients in Queensland down to Tasmania, so we expect the use of drones to only increase in the future.” 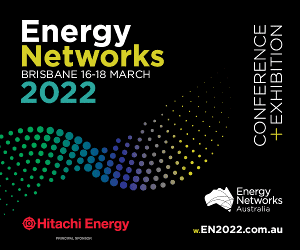