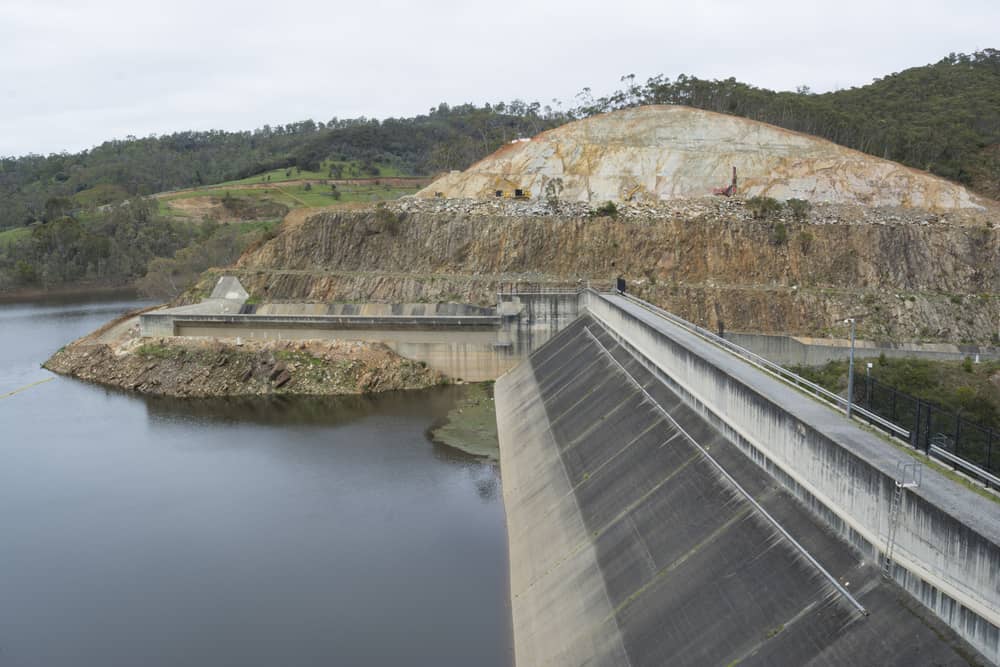 SA Water will temporarily empty the Kangaroo Creek Dam to make way for the second phase of infrastructure safety upgrades.

The dam has been emptied only once before, and this upgrade will help SA Water better manage any major floods and increase the dam’s ability to withstand earthquakes, aligning it with updated safety guidelines set by the Australian National Committee on Large Dams (ANCOLD).

SA Water Asset Operations and Delivery General Manager, Mark Gobbie, said as the dam begins to empty, a mostly intact bridge, which was used before the dam was built, will soon begin to emerge.

“There are actually three bridges within the reservoir that are usually underwater, with two others upstream more regularly breaking through the water’s surface when the dam dips below 60 per cent of capacity,” Mr Gobbie said.

“We’ve recently begun to gradually lower the water level, with the aim of getting to zero capacity by the end of March (2018).”

Mr Gobbie said the dam’s release will allow for continued works, with the water being applied to help with environmental aims in the region.

“This temporary measure will be in place for around six weeks to facilitate work on a 10,500 square metre concrete slab on the upstream face of the embankment,” Mr Gobbie said.

“The water being released from the dam will either be used to, where possible, support dilution flows into the Torrens Lake to help with the control of blue-green algae, or be fed into the Hope Valley Water Treatment Plant for drinking water supply.”

The project has recently reached another important milestone, with the blasting removal of 300,000 square metres of rock from the nearby hillside, which widened the dam’s spillway by an average of 33m.

“Remaining work is focused on strengthening the dam structure, including raising the embankment and widening its base by placing rock material – some reused from the blasting activities – on the downstream side,” Mr Gobbie said.

“This significant construction work requires around 90 people to be on-site at any one time, along with a variety of technology and large machinery, so it’s definitely one of our largest projects in terms of job creation, delivery time and complexity.”