While dam failures are rare in Australia, the catastrophic ramifications of poor management have been felt as recently as January 2019, with the collapse of the Vale Tailings Dam in Brazil and the consequent loss of hundreds of lives. Committed to mitigating risks, Melbourne Water undertakes regular inspections and tests on its dams to not only protect these key assets, but also the employees who operate them. 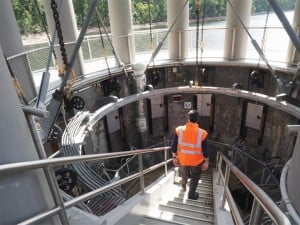 Melbourne Water manages ten major dams on reservoirs that have the capacity of storing 1812 billion litres of water.

Each year, these dams deliver 428 billion litres of high-quality, affordable drinking water to customers and the community.

The utility has a strong focus on improving and enhancing the operation of its dams to ensure their ongoing safe management and operation.

To do this, Melbourne Water conducts risk and engineering assessments, dam surveillance and inspections, regular operational checks as well as emergency preparedness drills.

It is imperative to upkeep the operations of these dams in order to mitigate the risk of dam failure.

Dam failure can cause extremely severe consequences from an economic, environmental and social perspective and could potentially lead to a loss of life.

Internationally, there have been a number of high-profile dam failures and safety incidents including:

Melbourne’s ten major dams were constructed between 1857 and 1984. Given the vast timespan, the construction methods used vary due to engineering and technology enhancements. Many of Melbourne Water’s older dams have been either upgraded or are scheduled for an upgrade to reduce the safety risk and ensure safe operation continues long into the future.

This upgrade program first began in the mid 1980s with the Silvan Dam, followed by the Maroondah, O’Shannassy, Yan Yean, Frankston, Toorourrong, Tarago and Greenvale Dams all receiving significant engineering remedial works to reduce risk. Future upgrades to the Upper Yarra and Cardinia Dams are planned in the coming years.

A similar improvement program has also been adopted for retarding basins, which are important to mitigate the impact of flooding on Melbournians. 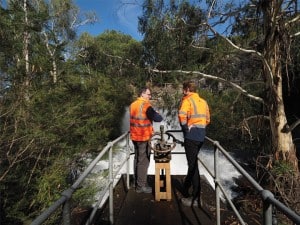 Opportunities to adopt technology and automation are also being implemented as part of this surveillance program to provide real-time performance data on the integrity and operation of Melbourne Water’s major dams.

Performance and surveillance data from more than 2500 individual points are routinely scrutinised and incorporated as part of the regular safety and engineering reviews.

On the off chance any engineering and surveillance barriers fail, Melbourne Water has detailed dam safety emergency plans which undergo regular drills to ensure adequate warning time is available and evacuation can be coordinated with the appropriate state agencies.

As part of a five-year comprehensive review of its largest dam at Thomson in July 2018, Melbourne Water conducted a function test and inspection of all key assets. The review saw the exercise of its detailed dam safety emergency plan with other emergency response agencies.

A number of significant site outages, confined space entries and mechanical equipment tests took place over the course of one week including the outlet tunnel, grouting gallery and drainage adits as well as spillway underdrain inspections by CCTV, a drone inspection of the spillway chute and functional tests of the outlet valves and emergency coaster gate.

These inspections and tests are not only vital for Melbourne Water to understand the condition of its assets, but they also provide its operations and assets personnel with increased confidence and familiarity with the correct operation of equipment.