Thirty thousand native animals have been recorded, and the majority moved to safety, as part of a major environmental program at Chevron’s Wheatstone LNG plant in Western Australia.

Over seven years, from 2011 to 2018, more than 30,000 frogs, lizards, geckos, snakes and mammals – the largest number to have ever been removed from an industrial development site in Western Australia – were relocated from a 1,000-hectare area to beyond an exclusion zone around the facility.

Terrestrial Ecosystems has undertaken vertebrate fauna surveys and assessment programs on many other large projects across Western Australia, but this was the first time it had been engaged to carry out fauna salvage and feral animal control of this scale.

Dr Scott Thomson, Terrestrial Ecosystems Partner and Principal Zoologist, said his team was responsible for catching and relocating the native vertebrate fauna that were identified during the vegetation clearing program.

“This included over 10,000 frogs that would have died as part of the project construction,” Dr Thompson said. 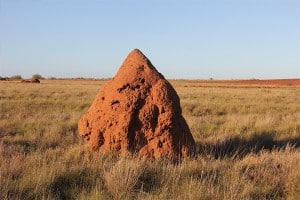 The team also removed 4,200 animals from 158 termite mounds, which were carefully deconstructed to reveal the animals living inside, with 91 per cent of these being relocated. Each termite mound represented a fascinating community where a number of species lived together.

Larger animals, such as kangaroos and wallabies, which are generally thought to be capable of moving themselves on, were not relocated as part of the initiative.

Terrestrial Ecosystems staff also responded to more than 4,000 call-outs when animals entered the accommodation camp or work areas around the construction facility, and worked to educate site crew on fauna management and snake awareness.

According to Dr Thompson, the benefits of the program extended beyond just those animals that were rehomed.

“We removed 77 feral cats from the project area, all of which would have continued to predate on native animals, birds and reptiles,” Dr Thompson said.

“And we gained new knowledge on invasive and non-native fauna incursions into a major construction project and recorded range extensions for the distribution of many Western Australia fauna species.”?

“There were no formal approval conditions that required Chevron to capture and relocate fauna, so the relocation program was a Chevron initiative,” Dr Thompson said.

“This was a very positive initiative, and the results indicate that a very large number of animals were saved.” Dr Thompson said he hoped the program’s success would encourage other companies to roll out similar initiatives, and not just when threatened species were identified in areas earmarked for development. The ongoing survival of relocated fauna should also be assessed.

“For most mining developments, fauna salvage programs are not implemented unless threatened species are identified as being present in the area during the impact assessment process,” Dr Thompson said.

“It is hoped that this program has influenced the regulatory approach for future construction management in Western Australia.”

However, Dr Thompson said he believed it would take a change in government policy with regards to fauna salvage and fauna management before there is a broad-scale change in the way companies approach environmental management during mining and land development programs. 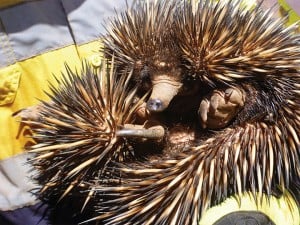 “Currently there is no policy or State Government guidelines for this type of work, and the current focus is on the rare or threatened fauna only – even when this does occur, it is often done poorly,” Dr Thompson said.

“In the urban and peri-urban areas, it is largely still the responsibility of local government to get land developers to implement fauna salvage programs. As might be anticipated, the expectation of different local councils differs, and most land developers will only do what is required of them.

“State Government guidelines are essential and would mean a more universal implementation of fauna salvage programs across Western Australia during vegetation clearing programs, whether it be the mining or land development industries, with the consequence of a lot more animals that would otherwise die being relocated.

“Although it is not often mandated, these programs are a way for companies to offset the impacts that they will have on the fauna in and around their project area.

“It is being environmentally responsible.”