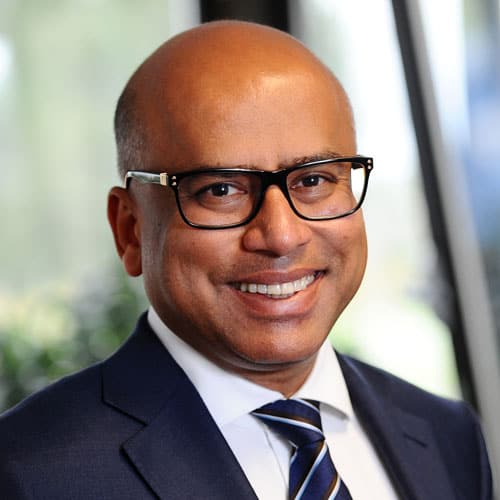 As solar and energy storage technologies become more competitive, they will revolutionise how energy is consumed globally, especially in Australia, says businessman Sanjeev Gupta, who has cemented his place as a champion of renewables in Australia following recent investments in the energy sector.

Sanjeev Gupta is the Executive Chairman of the GFG Alliance, majority shareholder of SIMEC ZEN Energy, and founder of Liberty House Group.

In the last year, his company acquired Arrium steelworks, invested in upgrading Whyalla Steelworks in South Australia, won a contract to supply at least 80 per cent of the South Australian Government’s energy needs until 2020, and SIMEC Group purchased a majority stake in ZEN Energy. He also announced plans to build the world’s biggest lithium-ion battery in South Australia, and most recently partnered with Neoen to deliver solar power to Victoria’s Laverton Steelworks.

Mr Gupta said he believes in the transition of energy consumption to renewables and is a big supporter of this, but with intermittency a key challenge, having alternative solutions for energy is important.

“There are various ways of doing that, and we’re working on many of those. Like different types of storage actually, if you want to call it that. So pumped hydro is one big part of that initiative, using empty mine pits which we own, and there’s obviously plenty of those in Australia. Using them as reservoirs for energy and running them to generate power during times of high electricity [demand], or no electricity through other means like solar, is one way.

“Then there are other ways, using waste and biomass is another big way, which we’re doing in the UK, which we’ll bring to Australia eventually. In between that, there are batteries, because batteries are not competitive as a storage medium today, but they will be in our view, in the long term. The same way as solar prices and wind prices came down, battery prices will come down as well.”

In early 2018 Mr Gupta announced plans to build the world’s biggest lithium-ion battery in South Australia, a 120MW battery in Port Augusta that will supply power to the Whyalla Steelworks. As this battery will be bigger than Tesla’s 100MW Hornsdale Power Reserve battery, comparisons have been created between Mr Gupta and Tesla’s Elon Musk. Like all of his investments, Mr Gupta said this battery is filling a need and he doesn’t feel any sense of competition between others.

“Our projects are driven by our need, to have competition is not in context. I mean the point is that we need that battery to operate our steelworks. Without that battery we’d have trouble so it’s basically driven by what the system is.

“Our main base is solar, and we have pumped hydro as a big part of it. So in between that mix we definitely need a fast response system, and the 120MW as an exact calculation based on the need of that project. [It] happened to be bigger than the other one, but it wasn’t by design meant to be bigger.”

State of the energy sector

In comparison to the rest of the world, Mr Gupta said there is a disconnect in Australia between energy prices and resources, but with any industry problem, there are also new opportunities.

“I mean first of all it’s obviously shocking, and it is a real, crying shame that Australia, despite being probably the best resource rich country in every type of power — whether it’s renewable or traditional — is now one of the highest priced energy markets in the world. So there is a massive disconnect, which needs to be fixed.

“The fact that there is such a big problem, it also has a flip side, it’s also a very big opportunity. The bigger the problem, the bigger the opportunity. So this means that the transition will perhaps happen faster here than it would have ordinarily. Which in the long term maybe is a good thing, although it’s had short-term consequences.”

When looking to the future of energy in Australia, Mr Gupta strongly believes storage technologies will have a major impact.

“It’s a revolution and it will change everything. As storage becomes competitive — solar is already competitive — the moment you can marry that with competitive storage, it’s a game changer.

“You can have distributed networks, you can have energy being consumed in a very different way to how it is traditionally. It’s what mobile phones did for telephony. It will be a huge revolution in terms of how energy is consumed globally, especially in countries like Australia where solar radiation is at the maximum compared to anywhere else in the world.

“So I think it’s something to embrace, it is expensive, but it’s going to get cheaper and cheaper. We’ll play our own role in trying to make it more competitive. I think we should also definitely invest in production of batteries because we’ve got all the mining raw materials to support that as well. We’re examining that as well, and we’re going to try to participate in that. So it’s an exciting future.”

Hear from Sanjeev Gupta in his keynote presentation at the Australian Energy Storage Conference and Exhibition. This must-see industry event will run from 23-24 May at the Adelaide Convention Centre. To register for the conference or free exhibition, visit www.australianenergystorage.com.au/register.