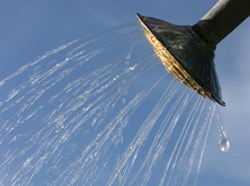 Logan City Council (QLD) has announced significant investment in water and sewerage infrastructure construction and renewal programs over the 2015/2016 financial year, in order to cater for forecast rapid population growth.

Roads and Water Infrastructure Committee Chairman, Councillor Don Petersen, said, “Logan’s population is projected to top 400,000 people by 2031, so it is imperative that Council’s investment in new and renewal infrastructure programs keeps pace with that growth.

“Residents should expect to receive a safe and reliable water supply and sewerage service and Council’s ongoing investment program ensures they do.”

“The value of Logan’s water and sewerage infrastructure is approximately $2billion so it is critical that we continue to invest in the renewal of ageing assets,” he said.

“Since 2008, Council has invested about $85million in the augmentation of the Alfred Street Pump Station, the Loganholme Wastewater Treatment Plant inlet works and the connecting rising main – the largest sewerage upgrade in Logan in more than a decade.

“The next major project upstream of the Alfred Street pump station is the Slacks Creek Trunk Sewer Main, which will see $27million invested over three years on the renewal and strengthening of the capacity of the trunk sewerage system.