Smart grids: shifting focus from the technology to the customer The notion of a smart electricity network has been around for several decades; but it’s only been in recent years that utilities have developed a more sophisticated approach to the management of their networks. We spoke to Alistair Legge, General Manager, Customer and Technology at United Energy, to learn more about this utility’s approach to making its network smarter, which is centred around the idea that the customer should be the focus of smart networks, rather than the technology itself.

For most of the 20th Century, the only way for utilities to gather information about their networks and usage was to head out into the field and read meters and physically locate any faults.

Smart grid technologies in varying forms have been around since the 1980s, but it’s been since the early 2000s that utilities have really delved into making their networks smarter. The advent of smart meters have provided utilities with unprecedented volumes of information about their customers and usage.

Like many utilities, United Energy (UE) has been actively seeking technologies that provide them with improved visibility and control of their distribution network. Smart grid technologies enable distributors to automatically anticipate and resolve faults on the grid, continually monitor asset condition and identify the need for maintenance. They also support advanced decision-making when it comes to network planning and operation.

However, for UE, the real revolution is not about the smart network technology, but about how customers are driving the changing nature and boundaries of the network itself. The network that was designed to operate passively to move electricity from the transmission grid to end-use consumers is changing and adapting to support customers’ deep integration into the energy ecosystem. For example, the increased take-up by customers of distributed generation and storage means that customers are now themselves becoming generators – they are active participants in the energy supply chain rather than passive supply points at the end of the network.

According to Alistair Legge, General Manager, Customer and Technology at UE, with customers now driving the future nature of the network, their needs and behaviours need to become the focus of distributors’ smart grid strategies and investments.

For example, UE is rolling out a program where they are collaborating with customers to install storage solutions behind the meter, for the joint benefit of customers and the network.

To UE, this customer-located and distributor-controlled storage has an equivalent network benefit to an upgraded distribution transformer. The storage is integrated into UE’s smart grid control systems – thus, with the permission of the individual customers, extending UE’s grid control solutions into customers’ premises.

What does a customer-centric smart grid strategy look like?

The customers’ position as both beneficiary of the network and participant in the network means that networks’ strategies need to be fundamentally customer-centric. So what does this mean?

“Research shows that customers value safety, reliability, minimised prices and a feeling of being in control. Therefore, we need to align our network strategies with these fundamental value drivers.

“For example, the granular voltage and current data that we can receive from AMI smart meters can be used to detect dangerous neutral faults at premises across our network or live wire down situations.

“Customers may not be aware of this value, but it is certainly there.”

Similarly, self-healing network investments are focused on the value customers place on reliability; and sensors that improve asset management are focused on both improving reliability and overall cost minimisation.

Another relatively new area for networks to consider is their customers’ increasing desire for control. Customers around the world are becoming more engaged in energy decision-making. They value simple, timely information that can enable them to be more informed and influence their energy usage.

One of UE’s first smart grid enabled initiatives in this space was its EnergyEasy web portal. This provides customers with the ability to access their half-hourly energy usage, and subscribe to notifications associated with the status of their supply. Toward the end of the year, UE expects to launch additional products and capabilities that will enable customers to access very rich information on their home energy usage – down to the level of efficiency of their major appliances. This information, powered by the smart grid, provides value to customers in managing their energy usage. 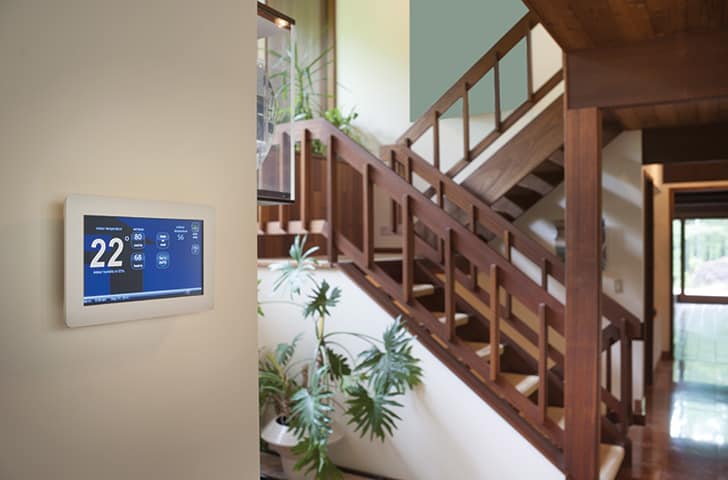 According to Mr Legge, UE is taking its lead from the ‘sharing economy’ trend, and sees the value in understanding that customers can share with each other and the network.

“For example, when we looked at using storage as a solution to network management issues, we considered installing our own batteries at central locations on the grid against batteries at individual customer premises – however we found that customer located batteries were more cost effective,” said Mr Legge.

“Customers provide the real estate to house the battery, the network organisations integrate the battery into their smart grid program and use it for the approximately 20 hours in a year where it is required for network peak load smoothing, and the customer gets the benefit of the battery for the rest of the time.”

Another way where value can be transferred from customers to the network is in demand management. Distributors are increasingly facing the situation where their primary objective of providing safe and reliable energy supply is most effectively delivered through a combination of network and non-network solutions.

“If we forecast demand in part of our network to exceed the physical capacity of the network, we can either build out the network to expand the capacity, or work with our customers to manage the demand,” said Mr Legge.

“Smart grid information is the enabler of both paths. Two years ago UE’s smart grid reporting platform identified that a number of distribution transformers were operating at a critical level during a summer heatwave. UE was able to undertake focused communications with customers to encourage them to reduce their load for the final days of the heatwave – thus avoiding costly and disruptive outages that would have occurred had the transformers failed. The transformers were then upgraded in a more cost effective process after the peak demand period.

“In this example, smart grid data combined with customer behaviour contributed to improved reliability and reduced network costs,” he said.

Next summer, UE is planning on providing customers in constrained network areas with smart applications that tap into their smart meters, identify how their individual household devices are using energy and enable them to manage their load to both reduce their energy bill and peak network demand. Customer behaviour, enabled by real-time, customer-specific information, is becoming an increasingly important tool in UE’s smart grid program.

Historically, distributors were run and managed with a focus on building networks to support the maximum demand that was desired by customers. With privatisation, there has been more of a focus on asset efficiency. Perhaps in the future, society itself will play more of a role in the design and operation of cost-efficient, safe and reliable networks.