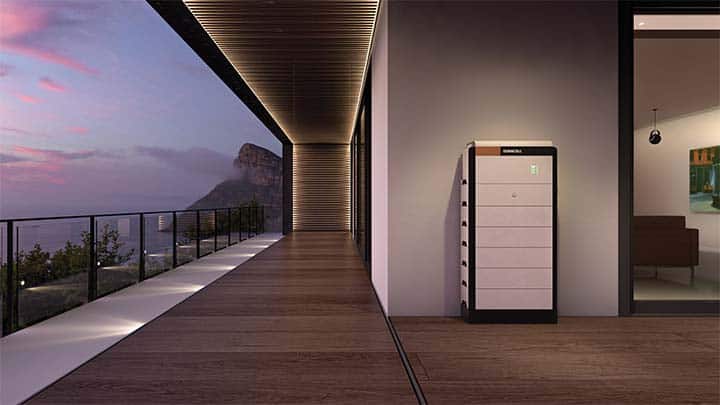 Customers could save $2,182 off their energy bill in the first year alone, when purchasing a solar and battery system from an approved solar battery retailer, based on a bespoke quote.

Social Energy Chief Technology Officer, Steve Day, said, “Our network of customers forms a VPP that we use to balance and maintain the energy grids across the areas that we operate in. As a result, we generate income from trading our customers’ energy.

“Through the combination of solar, battery and VPP benefits, our customers can reduce their electricity bills by up to 100 per cent.

“We share our revenue with our customers, handing about two thirds of it to battery owners who are connected to us.”

The AI platform learns about a customer’s energy usage and makes informed decisions about how to store, manage and distribute their solar energy. This use of AI technology allows Social Energy to trade its customers’ energy as follows:

The AI technology collects and uses 600 million data points per home per year, with customer batteries able to respond to trading instructions within 0.2 seconds.

Social Energy operates in the open market because it has the metering to meet the market ancillary services specification (MASS) requirements. This means the company has full access to Frequency Control Ancillary Services (FCAS) revenues.

By using its fleet of customer batteries to balance and maintain the electricity grids, Social Energy is able to generate revenue that it can pass onto its customers. As a result, the users have access to energy markets that have previously only been available to the big players.

All AI decision-making is undertaken automatically, so the customer doesn’t need to do anything to financially benefit from Social Energy’s technology once they have their system installed.

Social Energy offers customers who purchase and install solar panels and a battery a feed-in tariff of 40c per kWh – a tariff not seen in Australia for almost a decade.

This rate is more than four times the average in New South Wales (7.67c per kWh), South Australia (8.77c per kWh) or Queensland (7.01c per kWh), based upon data from EnergyMadeEasy.

Customers will receive this market-leading export tariff for the first 300kWh they export each quarter – additional exports will receive a secondary standard feed-in tariff, which is still higher than the average in the region.

Social Energy will pay its customers with a 9.6kWh or larger battery a minimum top up of $450 per year for the solar they don’t use, saying that some customers may see their electricity costs drop as low as zero, with lower-usage customers potentially receiving a pay-out each quarter instead of a bill.

“We’ve been operating in the UK with a similar offer for a couple of years, but the guaranteed minimum ($450 per year) and the enhanced feed-in (40c) is new to Australia,” Mr Day said.

“We’ve got over 6,000 systems deployed in a very relatively small UK solar market and we’re the first to deliver this sort of service and only at this sort of commercialised scale in the UK.”

The retailer also offers a competitive import tariff to ensure that if its customers need to buy electricity from the grid, it remains affordable.

As a result, the energy retailer is aiming to flip the typical relationship with customers on its head, paying them more for selling their unused solar energy than what they’re charged for the energy they buy.

For example, instead of a customer purchasing energy at an average of 23.25c./kWh in the NSW Ausgrid region and getting paid an average of 7.43c./kWh for what they sell back to the retailer, Social Energy will charge its customers just 21.56c./kWh, whilst paying them 40c./kWh for the first 300kWh each quarter.

Social Energy is working in partnership with global consumer battery company, Duracell, which means customers will have access to a lithium-ion Duracell Energy Bank 2 – scalable to different sizes to meet the needs of every home and suitable for outdoor installations.

Mariusz Surmacz, General Manager Australia, New Zealand and South East Asia at Duracell, said, “Partnering with Social Energy is a very exciting prospect for us. We appreciate their entrepreneurial spirit, their forward thinking, the quality of service and product they provide.”

Social Energy also works with other leading solar battery suppliers – with more battery brands to be made available in early 2021. The cost involved in joining Social Energy is approximately $12,000 for a 6.6kWp tier 1 solar installation and an 11.6kWh SolaX battery system, connected with a Social Energy Hub.

According to Social Energy, customers can spend $0 upfront by taking out a finance package to spread the cost of the total system price over a variety of terms up to ten years, where the savings made from the system can contribute to and, in some cases, offset the monthly or annual cost of the loan.

With additional government incentives for battery systems, some customers in South Australia can expect to have covered all initial costs in under four years, after which they could be benefiting from very low, zero or even negative energy bills.

For example, a Social Energy customer in the South Australia region with an annual consumption of 6,000kWh and generation of 8,000kWh would have a payback time of under four years, based on a $12,000 cash purchase of a solar panel and battery system, with a $2,088 government grant.

“We’re democratising energy by giving regular energy customers access to markets that they would otherwise have never been able to take part in,” Mr Day said.

“In our home [UK] market, the incumbent ‘Big Six’ energy suppliers have been challenged for many years, leading to a more competitive market, with greater customer savings and more green options being chosen.

“Over the coming years, we will be providing Australian homeowners with a more democratised energy market. “While we are primarily focused at Social Energy on battery storage to power the home, we have a pipeline of projects that includes EV charging, hot water tanks and heat pumps.”

Shaking up the Australian market

Social Energy announced its Australia launch in late 2019, with shareholder Shane Warne. The company arrived having taken the UK market by storm, establishing its position as a market leader over the past 18 months.

“Social Energy was designed to revolutionise the energy industry by empowering homes across the world to take back control of their energy supply,” Mr Day said.

“The founders had previously sold their business as one of the UK’s largest solar and renewables wholesalers. “When they exited, they could see the future potential of battery storage to revolutionise home energy, but it wouldn’t provide reasonable financial returns.

“Off the back of this, they sought to find new ways to make solar and battery storage a viable investment for customers across the globe.

“The AI technology that Social Energy uses has been in development by Oxford-based scientists over the past seven years and is now ready to go global.”

Social Energy said its goal is to drive true change in an industry that has historically been heavily to blame for climate change. By allowing its customers to make the most of the green energy that they generate at home, they are able to lower their environmental impact and be rewarded financially for doing so.

Chris Parratt, Managing Director Australia, Social Energy, said, “We’re delighted to be rolling out Social Energy in Australia, as the financial and environmental impact for people here is huge.

“Our groundbreaking technology is a complete game changer for our users, making the combination of solar and battery storage offer better returns than solar on its own.

“It will support millions of homeowners in becoming more independent from the grid.

“Having been involved in some major steps forward in the Australian energy market, I’m extremely excited to be pioneering the next big leap – with an energy plan that finally makes batteries a sensible investment for Australian families.”

Social Energy is currently only available in New South Wales, South Australia, Queensland, ACT and Tasmania, but has an energy retail application underway in Victoria.