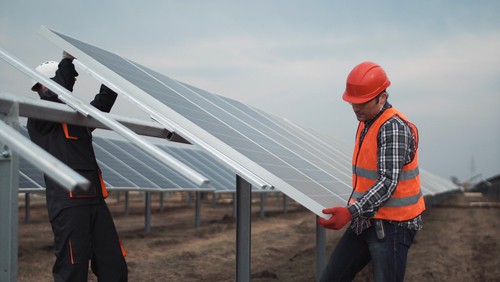 The NSW Government has approved the construction of a new 100MW solar farm in Wagga Wagga.

The Department of Planning and Environment’s Resource Assessment Director Clay Preshaw said the $164 million solar farm will be able to power more than 30,000 homes and provide a significant boost to Wagga Wagga’s local economy.

“This project will support hundreds of construction jobs, many that will be sourced locally over the construction period. This is a terrific boost for the local area,” Mr Preshaw said.

“These construction workers will be spending their money locally and this is great news for business operators impacted by the drought.”

The NSW Government assesses all applications on their merits, under planning legislation with clear official policies to consider any potential benefits or impacts to the environment, the economy and the community.

There were nine objections to the proposal from local community members who raised concerns about visual impacts and land use compatibility.

The Department also considered a 2016 decision by the Southern Joint Regional Planning Panel (JRPP), which granted development consent for a 22MW solar project over a portion of the Bomen Solar Project site.

In approving that project, the JRPP stated it was a suitable land use given the industrial zoning of the land and that it would have minimal environmental impacts.

“We’re seeing billions of dollars of private investment in renewable energy projects right across NSW and millions are now pouring into the Wagga Wagga area.

“Solar energy is a key part of NSW’s energy mix and will become even more important into the future.”

After completing a Bachelor of Media, Communications and Professional Writing at the University of Wollongong in 2014, and prior to writing about the utility sector, LJ worked as a Journalist and Sub Editor across the horticulture, hardware, power equipment, construction and accommodation industries with publishers such as Glenvale Publications, Multimedia Publishing and Bean Media Group.
You might also like
Moveable solar power plants
Tender: pump station replacement
NSW invests in North Shore sewerage scheme
APLNG reaches key milestone