Seqwater has appointed a contractor to design and construct the 27km South West Pipeline, which will connect Beaudesert to the SEQ Water Grid, creating up to 100 construction jobs.

Comdain Infrastructure has been appointed to the project, which is estimated to take up to 18 months to complete.

Seqwater Chief Executive Officer, Neil Brennan, said the $95 million project was on track and construction would begin in mid-2021.

“Almost 90 per cent of the jobs for the construction of the pipeline will be taken up by local tradespeople, while the remainder will go to workers from Queensland and other states,” Mr Brennan said.

“The pipeline is the second stage of the Beaudesert Water Supply Upgrade, the long-term water supply solution for the Scenic Rim, supporting continued population and economic growth.”

Mr Brennan said connecting Beaudesert to the SEQ Water Grid will make it easier to move water into the growing region when needed.

“The existing Beaudesert Water Treatment Plant was built to serve a small town at the centre of a farming and grazing community,” Mr Brennan said.

“Since then, the population of Beaudesert has grown, and the town has transformed into a significant regional hub.”

The bulk water pipeline includes a 3km section which will connect the site to the Flagstone development area and the SEQ Water Grid pipeline network.

A further 24km bulk water pipeline will be constructed to deliver water to the recently completed Helen St Storage Reservoirs in Beaudesert.

The new pipeline will be predominantly within an existing rural road reserve and is not expected to significantly impact farms or businesses along the proposed alignment. 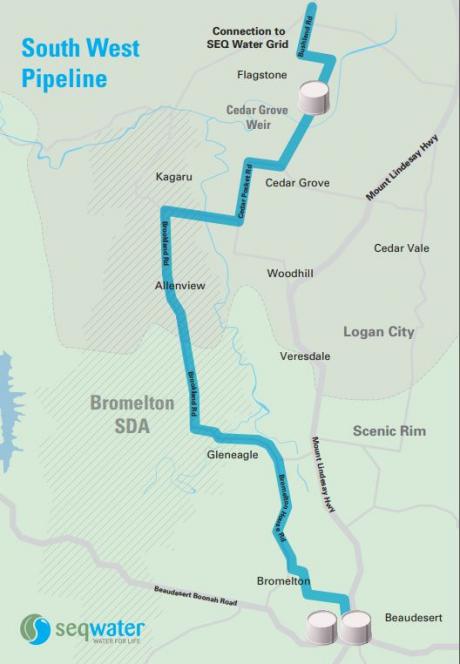