Powerlink is undertaking a targeted program of substation upgrades across Queensland as a cost-effective solution to safeguard network reliability and delay, or avoid, the need to build new infrastructure. Projects in the Dysart, Gold Coast and Moranbah regions have now reached important milestones.

After serving the community since 1974, an upgrade of the Dysart Substation in Central Queensland has commenced.

“This rebuild will not only ensure the ongoing reliability of the region’s power supply but prepare it to meet the future energy needs of the community and industry, particularly with more renewables connecting into the network,” Ms York said.

The main challenge for the project is coordinating work around the availability of outages which requires detailed planning.

The upgrade is expected to be completed in mid-2020 and will support up to 33 jobs. 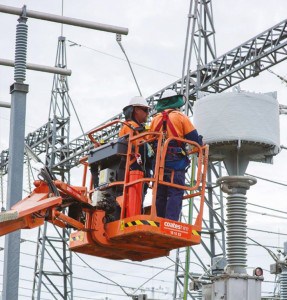 A $25 million upgrade of the Mudgeeraba Substation on the Gold Coast has improved the security and reliability of the electricity supply for the Commonwealth Games and for the wider Gold Coast region into the future.

The substation is one of two main supply hubs into the Gold Coast region with the upgrade requiring Powerlink to meet tight technical deadlines to ensure that major components were completed before the Commonwealth Games.

Ms York said work began in 2016 and involved an upgrade of primary and secondary systems that are critical to operating and monitoring Powerlink assets.

“The upgrade supported up to 50 jobs and included the installation of a new transformer, control building and fencing,” Ms York said.

“I was proud that Powerlink could play an integral part in the success of the Commonwealth Games.”

Powerlink’s Moranbah Substation has received a $22 million upgrade after close to 50 years in service to meet the future energy needs of the region and its strong industry base.

The substation is an important hub in Central Queensland and provides electricity to the mining town of Moranbah and surrounding coal mines in the Bowen Basin.

“The project had its challenges due to restricted site access and tight electrical clearances, requiring our team to meticulously plan the delivery and installation of equipment,” Ms York said.

“Works included the installation of two new transformers and a capacitor bank as well as decommissioning of a third transformer at the site.”

Powerlink is a State Government-owned corporation, which owns, develops, operates and maintains the high voltage electricity transmission network that extends 1700km from north of Cairns to the New South Wales border.

The Federal Government has announced it will be funding two preliminary business cases for water infrastructure projects in Central QLD, providing $3.7 million to fully fund investigations into future construction and upgrades of water infrastructure.