Supporting the energy industry in the renewables transition As renewable penetration continues to grow in Australia, the need to maintain power system strength has become increasingly important. A recent study undertaken by Powerlink Queensland focused on increasing awareness of system strength, as well as the measures that can be used to manage it, including centralised and coordinated solutions.

System strength is a complex and evolving issue in the National Electricity Market (NEM). While it initially correlated with the fault level (or strength) required to ensure generators and other devices can operate stably and withstand power system disturbances such as lightning, the advent of renewable energy, and the changing availability of conventional synchronous generation fleet, such as coalfired and gas-fired power stations, has impacted available system strength and our understanding of the issue.

Renewable energy, such as that generated from wind and solar farms, connects to the grid through inverters. Inverters convert direct current (DC) electricity produced by solar, wind and battery plants into the 50Hz alternating current (AC) used by the Australian power grid.

The most prevalent inverters (grid following inverters) have limited ability to contribute to system strength or fault level. In addition, they require sufficient system strength to operate stably, in order to perform in a way that does not impact other grid devices or electricity end-users.

Therefore, reduced levels of system strength could have wide ranging grid impacts on electricity supply if no preventive action is taken.

System strength issues have already been observed across the NEM including Queensland. These have been managed through pre-emptive constraints on Inverter Based Resources (IBR) generation output, as well as ensuring sufficient minimum synchronous generators are online at all times. Continued pre-emptive renewable IBR limitation for system strength mitigation is detrimental to their operation and financial viability.

In the absence of sufficient system strength support, grid following inverter (GFLI) connected renewables can exhibit instability such as un damped voltage oscillations. Following a grid disturbance, a GFLI voltage may oscillate and continue to oscillate over time. Powerlink investigated this as part of the ARENA project (see Figure 1). 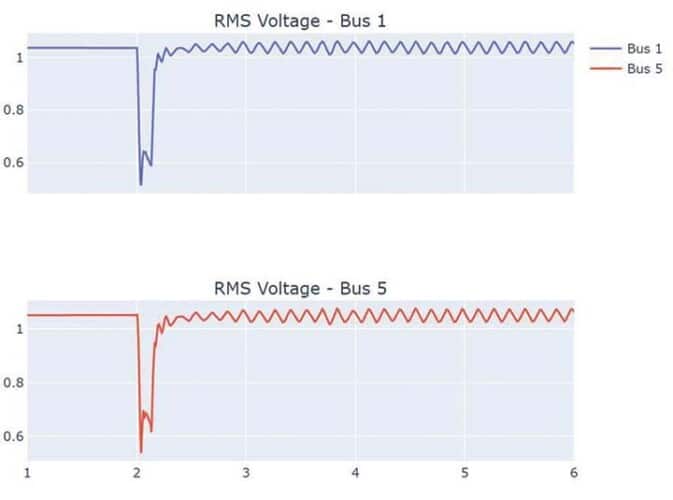 The effect of these oscillations on the grid without mitigation may be:

• Inverter instability (oscillations) may cause sudden loss of renewable generation output, or cascade to other plant (including generators) which may not be able to withstand the oscillations affecting electricity supply

• Causing other grid devices (such as renewable or synchronous generation) to oscillate, and potentially damage plant and other devices

However, strategically placed centralised synchronous condensers could be useful and Powerlink investigated this mitigation option for low system strength issues with IBRs connections, such as voltage oscillations. This included support for individual IBR generation as well as multiple IBRs connected in an area.

Based on detailed modelling of the network, synchronous condensers and IBRs, Powerlink found the centralised solution can effectively mitigate system strength issues either for individual or multiple IBRs. This is shown in Figure 2.

• The network itself may limit synchronous condenser size and how much support it can provide IBR generation.

• Synchronous condenser inertia is also important for stability, even if the condenser is implemented solely to support IBR connections.

A key challenge of GFLIs is remaining in sync with the grid’s normal frequency (50Hz) as GFLIs use the grid voltage to generate a reference for its control logic. In reality the grid frequency varies due to instantaneous mismatches between power system demand and supply.

This can be challenging during grid disturbances where the voltage is significantly distorted especially under low system strength conditions. A different inverter technology, grid forming inverters (GFMI), are emerging as a potential solution to low system strength related instability.

GFMIs, originally used for off-grid applications, create their own internal reference and continually adjust this based on its power output.

During stable operation with no disturbances, GFMI behaviour is similar to GFLI.  However, during a grid disturbance, the sudden voltage angle change will result in the GFMI instantaneously changing its power flow.

In contrast a GFLI power output would only change once it has detected the disturbance (voltage change) and calculated an appropriate response. The instantaneous GFMI response to disturbances more closely matches a synchronous generator, and therefore a GFMI can provide many of the same system benefits. Thoughtful deployment of grid forming batteries alongside other technologies and techniques will be critical to manage the transition to renewables.

However, the sudden surge of additional power during a disturbance has implications on physical GFMI design. The GFMI needs to be oversized, often to 130-200 per cent of its nominal rating. Secondly, the GFMI would need stored energy, which is why GFMI technology is currently applicable with batteries. GFMI applications for solar or wind are theoretically possible, but would require embedded stored energy behind the inverters.

Given grid forming batteries are flexible and their control logic can be tuned, an effective system strength remediation was found, even where the battery’s continuous rating was halved. It should be noted that the synchronous condenser size was not optimised in this study.

Additionally, the analysis identified that a well-coordinated response between the battery and other local IBR generation is critical. If not coordinated the system could become unstable, as shown in Figure 3 below. 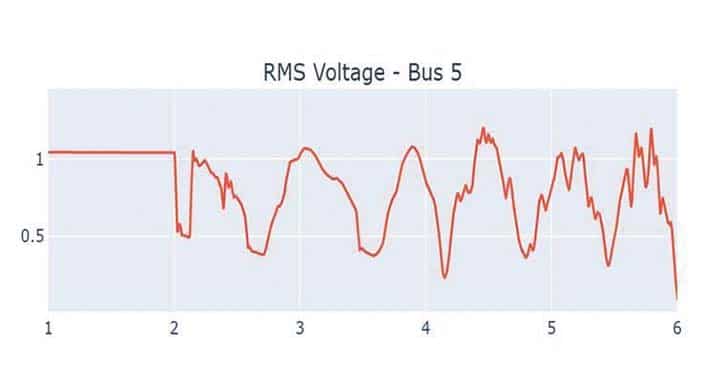 • Purposeful GFMI control tuning and coordination with other renewable IBR can maximise its benefits and minimise potential for negative consequences.

• Grid forming batteries could provide other support services for the network and renewable generation operation. However this depends on appropriate battery location, capacity, technology, contractual arrangements and grid integration.

• A grid forming battery’s rating requires sufficient oversizing to give satisfactory stable performance for the situation studied. However, oversizing has cost implications.

• Early engagement with Network Service Providers (NSP) and detailed analysis of different grid issues and conditions would assist in realising the above benefits. 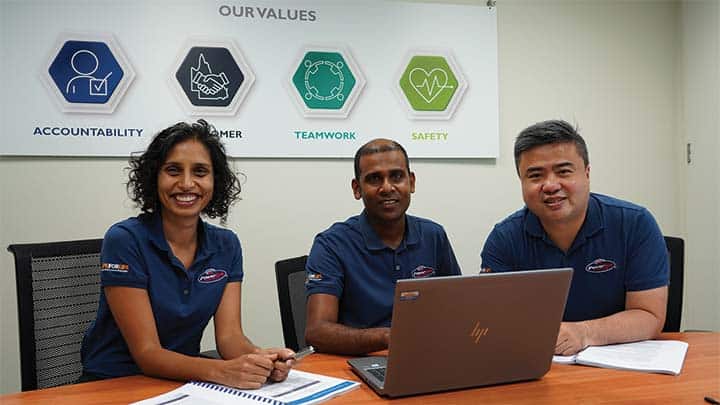 Thoughtful deployment of grid forming batteries alongside other technologies and techniques will be critical to manage the transition to renewables. Given the positive findings of Powerlink’s studies, the logical next step is to install a GFMI battery in a weak NEM area, and validate the results through field trials.

Further information about this project undertake by Powerlink can be found at https://arena.gov.au/projects/powerlink-cost-effective-system-strength-study.