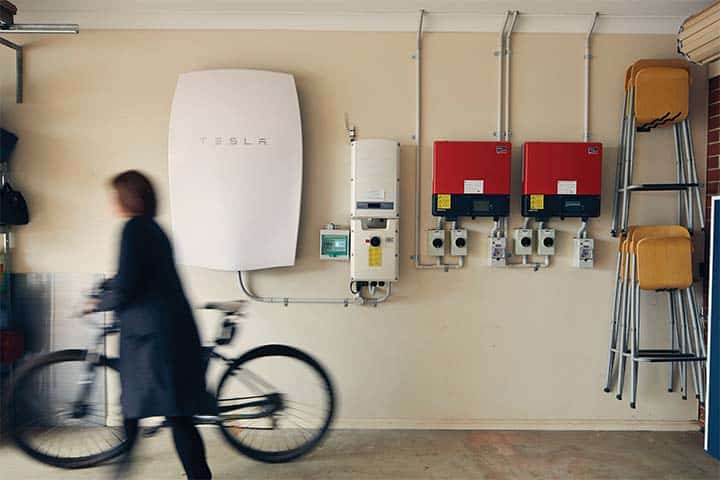 With the continued uptake of rooftop solar photovoltaic (PV), and more recently home battery systems, South Australia is leading the way in the distributed energy transition. On top of this, new entrants in the energy market are aggregating customers’ solar and battery systems into virtual power plants (VPPs) to provide services to the National Electricity Market (NEM). SA Power Networks identified an opportunity to offer VPP operators a higher level of export above the standard 5kW static export limit, through publication of flexible export limits that reflect the real-time capacity of the network. Providing greater access to network capacity in this way will increase the VPP operator’s opportunity to participate in markets, while ensuring that the distribution network is not compromised.

In partnership with the South Australian Government, Tesla is rolling out solar and battery systems to up to 50,000 customers and operating them as a VPP.

At full scale, this would be by far the largest VPP in the world and a very significant resource in South Australia’s energy market, providing up to 500MW, equivalent to the Torrens Island Power Station “A Station” (480MW), or close to five times the capacity of the Tesla Hornsdale battery (100MW).

All this new VPP behaviour is happening on the low voltage part of the electricity network which was originally designed to cope with only the last leg of energy supply to customers.

“These limits are fixed to a value of 5kW per customer in order to manage network congestion under conditions when people are trying to export to the network concurrently,” Mr Brown said.

“While these limits are fixed, the networks’ capacity to host exports varies in time and can actually be much higher than 5kW per customer premises at certain times when energy is at a premium.

“When the South Australian Government announced its plans to collaborate with Tesla on the world’s largest VPP, SA Power Networks, together with CSIRO and Tesla, recognised an opportunity to trial a smarter way of making more network export capacity available to the VPP.

This would potentially enable increased revenue as well as maximising the opportunity for the VPP to provide services to the energy system as a whole.”

The goal of the project was to demonstrate how current limits on the level of network exports from customers’ renewable energy systems can be increased as much as two-fold by implementing an interface to exchange real-time and locational data on network constraints between SA Power Networks and the VPP operator.

To achieve this, the project developed and trialled an Application Programming Interface (API) solution through which varying time and location export limits could be published to the VPP to enable increased export at times when additional capacity is available and be reduced during the rare times when the network is congested.

This project is believed to be the first to demonstrate this concept in operation with a real VPP that is actively participating in the market, and to seek to measure the real-world costs and benefits of this approach.

The advanced VPP grid integration project aims to show how higher levels of energy exports to the grid from customer solar and battery systems can be enabled through flexible, rather than fixed, export limits, and to test the value this can create for VPP operators.

The objectives of the project included:

The team evolved their methods to include automated system testing and the concept of DevOps to manage and deliver new functionality rapidly into the production environment. 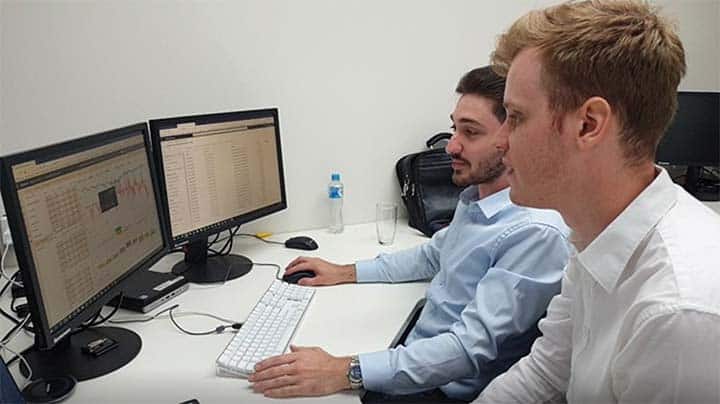 John Carey, Project Manager at SA Power Networks, said the project took the opportunity to co-locate Tesla engineers and the SA Power Networks development team while the API was being developed.

“The local Tesla presence meant the communications between both organisations was as open as possible and any issues were resolved rapidly, which contributed to us developing the API ahead of our planned milestones,” Mr Carey said.

The project leveraged a technology partnership with Microsoft, and the use of a range of Microsoft Azure components supported an explorative approach to developing the API.

Being able to easily select a component, test it in a proof of concept environment and swap it out for something else if necessary, enabled SA Power Networks to quickly develop the most appropriate technology solution.

Ensuring a cost-effective and scalable technology solution was another important factor in choosing to use Microsoft Azure, which provided the robustness of a cloud platform and the ability to dial up or down the availability and redundancy of various components of the solution as required.

“Microsoft Azure is the preferred cloud services platform for SA Power Networks, and with an increasing range of services that can be easily integrated and have been proven onshore and offshore in security-conscious environments, it was an ideal choice for our project’s technology platform,” Mr Carey said.

“The range and variety of components, and the ability to scale up for potential future growth in terms of VPPs and functionality gave us confidence in our ability to evolve and adapt our solution to meet our changing needs.”

With each increment of the solution and selection of new components, the changes were assessed for compliance against SA Power Networks’ security requirements, involving at times trialling new mechanisms.

The key technology components introduced were:

With a timeline of only six months from the commencement of the project in January 2019 to the API going live, a flexible approach was essential to achieving this outcome.

While the initial plan involved using a spreadsheet-based constraints generator with two back-end data sources and a simple SQL-based data management service, the architecture evolved as SA Power Networks’ understanding of the problem evolved, and more data sources became available, which resulted in the use of different Azure components to address new and emerging requirements.

The final solution was architected to support future increases in scale, but only utilise the components, computer power and storage capacity needed for the current scale of the VPP. Paving the way for the future network

Mr Brown said that the main challenge SA Power Networks had to overcome was the pioneering nature of the approach, and the unfamiliarity with cloud-based technology deployments.

“Given this was what we believe to be a world-first approach, there were no templates or standard approaches to draw upon,” Mr Brown said.

“While developing an API may seem like a simple task, each of the functions supported over this interface required new back-end systems to drive them, including databases to support registration and a new ‘constraints engine’ to calculate the time and location of varying export limits.

“On top of this, there was significant work on Tesla’s side to make this possible – from upgrades to the battery device firmware to support a varying export limit to software integration with the VPP bidding and dispatch software.

“This complex integration was made possible through a tight collaboration on the part of Tesla and SA Power Networks when developing the solution.

This close collaboration ensured that when interface changes were made or features requested, both SA Power Networks and Tesla could work together to ensure the change was developed, tested, troubleshooted and rapidly deployed.”

Field testing of flexible export limits began in November 2019 with 20 customer solar and battery systems, and is now supporting approximately 900 sites for the purposes of the trial.

The API has been exchanging real-time data between SA Power Networks and the Tesla South Australian VPP since July 2019.

This capability is now running in approximately 900 VPP sites and data is being gathered to quantify the benefits for VPP operators and customers participating in this scheme,” Mr Brown said.

“This project is looked upon as being a successful early demonstration of this approach and has significantly progressed the industry’s thinking in relation to standard interfaces for integrating distributed energy resources (DER) with distribution networks.

The API specification has been a key early input to the industry DER API technical working group who are seeking to establish a national communication standard for DER integration more broadly.

“The final phase of the project involves collecting data to quantify the benefits for VPPs in participating in this type of integration.

In having proven the concepts and core system components to offer flexible exports, plans are underway to extend this service to other VPPs and non-aggregated DER systems such as solar PV.”

There are also plans for further developments to the constraints generator and network model to involve the use of machine learning, high-voltage data and real-time network monitoring.

The project strongly aligns with SA Power Networks’ Future Network Strategy and Digital Technology Strategy. The solution will continue to evolve as the utility innovates around ways to support the growth of renewable energy in South Australia, and provide a safe, reliable and flexible network.

This project received funding from ARENA as part of ARENA’s Advancing Renewables Program.