The V2G revolution: how electric vehicles can help stabilise the grid In the past, increased uptake of electric vehicles has been considered a potential challenge to electricity grids, mostly due to the energy required to charge them and the likelihood of charging occurring during peak demand times. Yet this doesn’t need to be the case. With the advent of smart charging and vehicle-to-grid (V2G) technologies, the charging and storage capabilities of electric vehicles could make them valuable assets to electricity networks, helping enhance grid stability within Australia and worldwide.

The uptake of electric vehicles (EVs) is on the rise around the world, with consumers drawn to benefits including reduced emissions (especially when charged with renewable energy), increased efficiency, and lower running costs compared to internal combustion engine vehicles (ICVs or ICEVS).

While electric vehicle adoption within Australia has been slower than in other developed countries, modelling by the Bureau of Infrastructure, Transport and Regional Economies suggests that demand will expand rapidly over coming years, with EVs making up  around 50 per cent of new vehicle purchases by 2035.

However, a higher number of EVs needing to be charged could potentially create demand management problems for electricity networks, depending how the charging load is distributed.

If many EVs are charged at the same time, during peak demand periods, electricity demand could exceed the current capacity of the network, necessitating expensive infrastructure investment to increase generation and supply, and increasing electricity prices.

Many EV owners currently charge their vehicles in the early evening when they get home from work, which is also usually when general demand peaks.

Depending on the weather and season, the period of greatest demand often also occurs when one of the largest intermittent renewable energy sources,] solar PV, is not generating.

Research suggests that, as things currently stand, Australian networks can only support 5–10 per cent EV penetration in a scenario of uncontrolled charging before encountering demand management issues that threaten grid stability.

Thankfully, technological innovation is offering solutions to this issue, potentially transforming rapidly expanding EV uptake from a gridstability threat to a grid-stability asset.

Smart charging, otherwise known as V1G or unidirectional V2G, enables charging to occur during optimum periods when the demand on the grid is low and renewable generation is strongest, instead of beginning the moment a vehicle’s owner plugs it into the grid.

The electric car or other vehicle is plugged into a smart charger, which communicates in real-time with a centralised platform connected to the grid, other smart EV chargers, and other smart devices and infrastructure.

Using data about how much energy the vehicle needs and current loads on the grid, the charging operator controls the time and rate of charging through artificial intelligence.

As a result, charging is optimised to ensure all vehicles connected to the platform get the charge they require, without overtaxing the grid. As an added benefit, the smart chargers can respond to wholesale electricity prices, saving EV owners money by charging vehicles when costs are lower.

By shifting and balancing the charging load, smart charging can play a pivotal role in avoiding the problems associated with uncontrolled EV charging.

It can also help absorb excess renewable energy that may otherwise affect grid stability, such as that generated during sunny periods in areas of high rooftop-solar penetration, allowing it to be stored in the vehicles’ batteries.

According to recent research, the current Australian grid could support 60-70 per cent EV penetration if charging is intelligently controlled (up from the previously mentioned 5-10 per cent uncontrolled) and electricity costs would reduce by 4-6 per cent (instead of increasing 6.6 per cent under uncontrolled charging).

Using smart charging alone, power flow remains unidirectional, from the grid to the EV. Thus, the vehicle represents a load on the grid, albeit an intelligently managed one. The next technological step enables bidirectional power flow, where energy stored in EV batteries can be discharged back into the grid under certain circumstances.

V2G technology: the next frontier

In comparison to smart charging, vehicle-to-grid (V2G) technology operates via the same principles of real-time communication between EVs and a centralised artificially intelligent electricity network platform.

The key difference is that it also incorporates the capability for bidirectional energy flow. In other words, electricity can also flow from the car battery to the grid, essentially allowing EVs to act as mobile energy storage assets that can support the grid if required.

When connected to the grid, the EV operates just like a residential battery system. (There are even suggestions that EVs could largely replace residential batteries, adding energy storage to homes through vehicle-tohome technology).

Additionally, as the batteries of EVs tend to have a greater storage capacity than the average home battery, and the number of EVs on the roads is expected to boom, V2G (or car-to-grid) services could massively increase the amount of distributed energy storage connected to the electricity grid.

As a result, EVs could provide. essential services to the grid, balancing supply and demand to improve grid stability and resilience through load balancing, frequency regulation, storing power from intermittent renewable sources and providing a backup source of power in the case of supply interruption.

They could even help to prevent blackouts or the necessity of load shedding under exceptional circumstances where electricity demand exceeds supply.

Because these events are relatively uncommon, and the load would be managed by the AI platform and shared between many connected EVs, the EVs would still have enough power to run, causing no inconvenience to their owners.

Potentially, depending on tariffs, EV owners could even charge their cars when energy supply is high and prices are low, then sell it back to the grid at times of peak demand, helping offset the costs of EVs, incentivising EV ownership.

The support provided to the grid from EVs could help defer or eliminate the need to invest in additional network infrastructure that would only be required during peak demand times, saving costs from being passed on to customers.

This technology also has various wider benefits, such as health and environmental benefits from more efficient utilisation of energy from clean, renewable sources, resulting in emissions reductions beyond those realised by simply replacing fossil-fueldriven vehicles with electric ones.

EVS and grid stability: from problem to solution

By utilising smart charging and V2G technology, the expanding number of electric vehicles on our roads can go from being a challenge for electricity networks to an opportunity to make the grid more stable, resilient, costeffective, and sustainable.

While smart charging can minimise the impact of EV charging on peak loads, the bidirectional energy flow enabled by V2G innovations can truly revolutionise the role of EVs, turning them into portable energy storage assets that can provide load balancing and demand management services to support the grid in times of need.

These capabilities are currently being demonstrated in trials and projects within Australia and elsewhere across the globe, and as technology advances and the uptake of EVs increases into the future, so will the potential benefits.

PHEVs have both an electric motor and an internal combustion engine. Once battery power drops below a certain level, the combustion engine kicks in to fuel the vehicle while the battery recharges. Their batteries are much larger than those of regular hybrids and can be charged by regenerative braking, as well as by plugging into the grid.

BEVs are fully electric, running purely on battery power. While they can regenerate some power through braking when driving, the bulk of battery recharging occurs by plugging into the grid.

Of the electric vehicles currently being purchased in Australia, most are now all-electric BEVs, rather than plug-in or regular hybrids. It is these BEVs, and their powerful storage capabilities, that have the greatest potential to provide grid stabilisation services, storing electricity during times of high supply or low demand, and feeding some of it back into the grid when required. 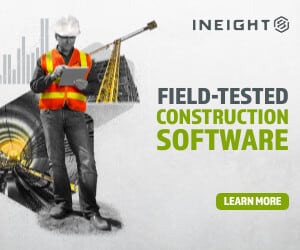