As an Australian-owned and organically-grown company, TOBCO Constructions has expanded and morphed into a diversified yet focused business of five key areas.

TOBCO lives by the philosophy of operating and owning its own plant and equipment.

Some may say that’s a risk they would prefer not to take on and prefer to be project managers – but TOBCO on the other hand likes to control its own critical path, and has a passion for hands-on construction.

At Parkes, TOBCO is combining the construction of the utility trenches, utilising three different types of trenching machines that it owns. This gives its clients peace of mind that they are engaging a contractor that is ‘doing’ the job – not a contractor that is then going out and subcontracting all of the work to others.

Other recent contracts of significance include the Limondale Solar Farm, near Balranald in western New South Wales. TOBCO has completed the electrical package at Limondale 1 and 2, which included over 130km of trenching as well as cable installation, cable termination and testing, as well as installation of medium voltage power stations (MVPS). Again, all works were completed in-house using TOBCO’s own plant and equipment, as well as electricians and labour employed directly for the vast majority of the works.

TOBCO said this was a natural extension of its involvement in these renewable energy projects from its civil and electrical utility experience.

From a maintenance perspective, TOBCO employs a number of licenced electricians capable of working in New South Wales, Queensland, Victoria and South Australia.

This has allowed TOBCO to contract the maintenance of its client’s electrical assets, such as pedestrian lighting, street lighting, sports lighting, and most recently solar operations and maintenance.

TOBCO is a unique company, in that it falls between civil and electrical, but is capable of doing both in-house. Something that you won’t find everywhere is a grader operator working alongside a cable jointer, but wearing the same shirt and sharing the same crib shed! This partner content was brought to you by TOBCO. For enquiries about pricing and partnering on the next power project, from substations to transmission and distribution, as well as bridge building and road works, call 02 8415 9899, email [email protected], or visit https://tobco.com.au. 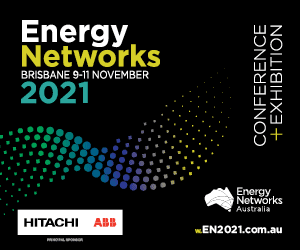