Paul Italiano said it has been an honour to be the CEO of TransGrid since its privatisation in 2016 and praised his employees.

“TransGrid is filled with incredibly talented people, who are highly dedicated and committed to ensuring the vital role transmission plays in Australia’s electricity system is delivered with excellence,” Mr Italiano said. 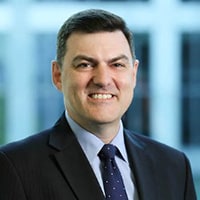 TransGrid Chair, Jerry Maycock, thanked Paul for his leadership during a transformative time for the business.

“The Board is grateful for the contribution Paul has made to TransGrid and more broadly to Australia’s energy system,” Mr Maycock siad.

“During his tenure Paul transitioned the business from public to private ownership at a time of unprecedented external change.

“We thank Paul for his vision and leadership as CEO and the Board wishes him well in the next phase of his already successful career.”

In May 2021, Mr Italiano also played an integral role in securing regulatory approval and TransGrid’s investment in EnergyConnect, the new interconnector between NSW and South Australia ─ one of the largest transmission projects to be planned in the NEM for a generation.

TransGrid also progressed planning for Humelink in southern NSW, connecting Snowy 2.0 to the network and Australia’s first coordinated renewable energy zone in the Central West Orana region of NSW, all under Mr Italiano.

TransGrid said that Mr Italiano was the driving force of TransGrid’s innovation program, which includes the first large-scale grid battery, currently under construction at a TransGrid substation in western Sydney.

Under Mr Italiano’s leadership, TransGrid embarked on its Reconciliation journey and is currently implementing its Innovate Reconciliation Action Plan. He committed TransGrid to building relationships and providing opportunities for Aboriginal and Torres Strait Islander peoples.

TransGrid’s Executive General Manager, Brian Salter, has been appointed Acting CEO while a global search is underway for a new CEO.

There’s no word yet on the next move for Mr Italiano.