In her presentation at the 2022 Critical Infrastructure Summit, Head of Development Policy and Government Relations at AusNet Services, Katie Yates, used Victoria as a model to show how a successful energy transformation is contingent on delivering transmission networks that can support a new wave of renewable generators and assets.

“The transmission network covers the whole of Victoria, and this mixed portfolio of network assets provides us a unique perspective on some of the challenges facing the energy industry as we transition to renewables and low emissions technology,” Ms Yates said.

“Australia’s energy sector is in a period of fairly rapid transition, moving from a system based predominantly on a small number of very large generators – traditionally fossil fuels like coal and gas – to one that comprises a diverse range of renewable generation, storage and distributed services.”

National challenges for transitioning energy networks are well-reflected in Victoria, where the existing transmission grid was largely designed around transporting electricity from a cluster of coal fired generators in the Latrobe Valley to the major load centre of Melbourne.

The Clean Energy Council’s Clean Energy Australia Report 2022, released on 1 April, found that 33 per cent of electricity generation in Victoria is now coming from renewables and rising. Ms Yates said that Victoria’s transmission network must adapt to the shift towards “a geographically dispersed set of generators”, including wind, solar and big batteries.

She also pointed to the early retirement of coal plants as a critical factor shaping the kind of transmission infrastructure required in Victoria.

“AEMO’s latest forecast shows that they believe a combination of market, financial and operating forces will see around two thirds of all black coal, and all of Victoria’s brown coal, exit the National Electricity Market (NEM) by 2032. “That’s a big, big change that’s underway, and a key factor shaping the future energy and grid needs in Victoria and across the NEM,” Ms Yates said.

The critical role of transmission infrastructure

Australia’s transmission network, which uses high voltage transmission to transfer power from where it is generated towards the load centres of our major cities, is often undervalued as critical infrastructure.

“Australia has one of the world’s longest interconnected power systems,” Ms Yates said. “According to AEMO, it comprises approximately 40,000km of transmission lines and cables, supplying more than 10 million customers across the country across the eastern seaboard.”

Ms Yates explained the important role of transmission in balancing network load as well as managing supply and demand across eastern Australia. Australia’s energy transformation will likely see new patterns of energy transport across state lines in response to renewable generation events, such as when strong wind generation in South Australia could support demand in Victoria.

In Victoria, transmission infrastructure is best described as at capacity. Ms Yates said that existing generators are increasingly being constrained, new generators seeking connection are running into technical difficulties, and no major new wind and solar projects have reached financial close in Victoria in the last two years.

While the Australian Energy Market Operator (AEMO) – responsible for transmission planning for Victoria – estimates that there is 4.7GW of spare transmission capacity across the state, Ms Yates suggested that a practical figure could be much lower.

“AusNet believes if you start looking at land availability near where that transmission infrastructure is located, the actual available capacity that could conceivably be connected is probably more like 2GW of new renewables that could be added to the existing transmission network,” Ms Yates said. 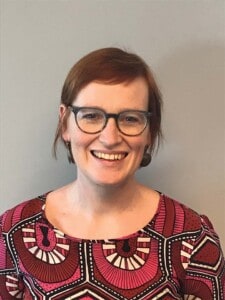 No better time to invest

The alarming lack of renewable hosting capacity in Victoria highlights how national transmission networks will need substantial investment over the next decade, to adapt to major industry changes like the looming retirement of coal-fired generators and the electrification of the transport sector.

Indeed, Ms Yates stressed that without adequate transmission infrastructure investment for Victoria, the State’s energy supplies could rely heavily on interstate imports, with implications for both energy affordability and the resilience of Victoria’s energy supply.

“If we don’t have that spare capacity in Victoria, the other thing that we start to see is that developers will look elsewhere,” Ms Yates said. “We’re seeing a lot of pressure on global supply chains in the energy sector at the moment.

“If you’re a developer looking to build a wind or solar farm, or a new battery, you’re going to be thinking about how difficult it is to get your energy to market once it’s built.”

Perhaps the most compelling part of Ms Yates’ presentation related to the time and work that these projects require when compared to building another battery or solar farm.

“I’ve talked about transmission’s critical role in meeting Victoria’s and Australia’s electricity decarbonisation goals – but there is also really a narrow margin for error that we’ve got in terms of planning, building and delivering transmission,” Ms Yates said.

“Transmission infrastructure projects have much longer lead times to plan and build when compared to most of the new types of generation that are coming online. “It can take around eight years from the planning stage through to delivery for a major transmission project.”

If major transmission builds can take up to eight years to unlock new hosting capacity for Victoria and other states, this leaves little room for hesitation when it comes to funding and delivering transmission infrastructure that can cover the retirement of major coal-fired generators by 2032.

Thankfully, Ms Yates shared an optimistic perspective from AusNet’s latest work on projects at the forefront of transmission in Victoria.

“AusNet is leading key Victorian infrastructure projects, including the Western Victoria Transmission Network Project, which will unlock 900MW of renewable electricity – enough to power around 500,000 homes – and create hundreds of jobs in the process of delivery.

“We’re working with the Victorian Government on their Stage One Renewable Energy Zone Development Plan, and we are in the process of doing our own analysis around what we think a sensible plan is for Victoria’s transmission network.

“This plan will consider a combination of land use and granular planning to develop what we see as a socially responsible plan for Victoria’s transmission projects.

“This will enable us to support an orderly transformation from coal to renewables, and maintain energy security, reliability, and affordability for Victorians.”

Australia’s transmission infrastructure will need to continue to respond to the challenges of the energy transformation, particularly the retirement of coal-fired generators over the next ten years. The value that a robust transmission network offers in terms of securing both affordable and resilient energy supply cannot be overstated.

Register to watch Katie Yates’ presentation at the Critical Infrastructure Summit on demand by visiting www.critical-infrastructure.com.au.