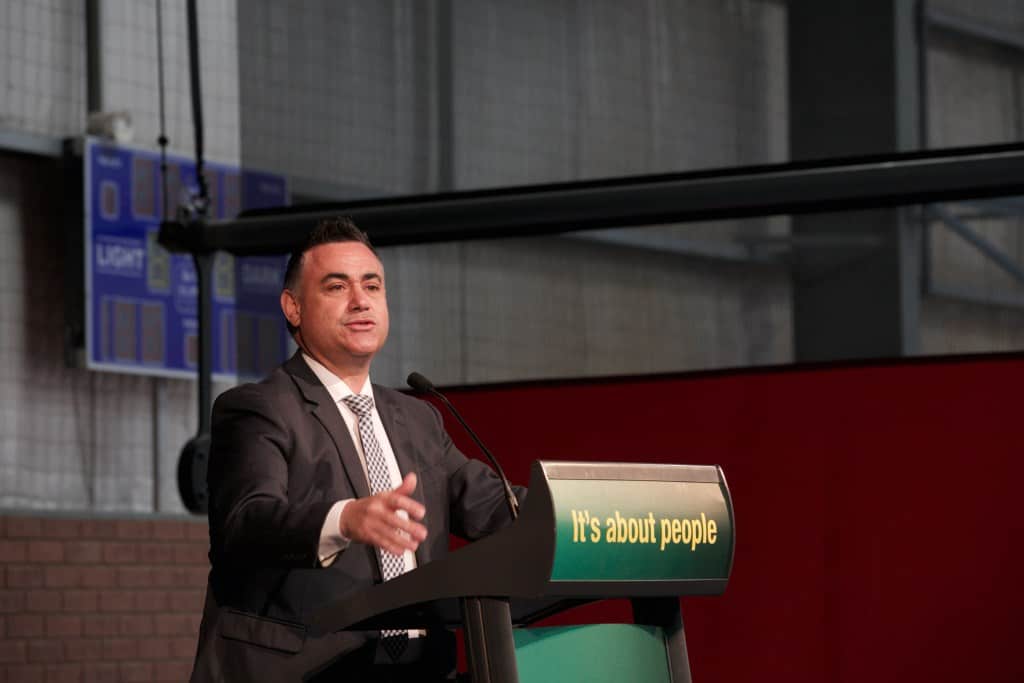 Mr Barilaro said New South Wales has no more water to give and the Federal Government had nowhere left to turn and must respond to these concerns and implement changes.

“We simply can no longer stand by the Murray Darling Basin Plan in its current form, the Plan needs to work for us, not against us,” Mr Barilaro said.

“It is clear our communities in regional New South Wales have had enough, and today we stand with them.

“New South Wales is being crippled by the worst drought on record and our future is at risk. The plan should be flexible, adaptive and needs to produce good environmental outcomes for this state.

“I refuse to let regional communities die while we wash productive water into the Great Australian Bight, 1000km away.”

The Federal Government agree that New South Wales water resource plans will not be progressed until the drought has broken.

“It is patently wrong to ask New South Wales to give up more water during the worst drought on record. It not only fails the pub test but it defies any supposed benefit to the environment in New South Wales,” Mr Barilaro said.

Ms Pavey said the MDBP was never intended to be an unaltered, static document.

“The regional communities in New South Wales are being sailed up the river by the Commonwealth, and South Australia is holding every other state to ransom,” Ms Pavey said.

“The MDBP needs flexibility and it is time we make those changes to put communities first.”

The Victorian Government, however, will not support any changes to water sharing arrangements between the states that negatively impact Victoria.

Victoria has a conservative allocation policy that, despite dry conditions, has resulted in some allocations being made available to entitlement holders this season – and Victorian communities should not be penalised for that.

Victoria supports the establishment of the Office of the Inspector General and powers associated with it to ensure compliance in the Basin, proper metering and administration of rules.

However, Victorian Minister for Water, Lisa Neville, said the State Government will not support the Inspector General having powers to change water sharing rules affecting Victoria that pre-date the MDBP.

While the Victorian Government acknowledges parts of the Basin are facing severe drought, changing water sharing rules risks unfairly shifting water from Victorian irrigators to other states – and Victoria won’t support any such change.

The Victorian Government believes the priorities of the Inspector General should be focused on floodplain harvesting, allocation, metering, monitoring of large-scale individual water use and licensing arrangements in the Northern Basin.

Further water recovery towards the extra 450GL in the Plan will only be supported if there are positive socio-economic impacts – as agreed by all Basin states and the Commonwealth.

“I support ensuring the best use of all available water but I won’t stand by and let water sharing rules be changed to the detriment of Victorian communities,” Ms Neville said.

“While we agree the Basin Plan needs to be adaptive – these water sharing rules pre-date the Plan and are the basis for states making the best decisions possible for allocations to their farmers.

“I will be writing to Federal Minister David Littleproud and the Inspector General to make my expectations clear about the role and priorities of the position.”