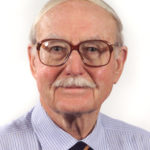 After presiding over NHP’s expansion of its operation, Mr Peck retired as Managing Director in November 2002 and as Chairman in May 2013. However, he remained a director of the company.

Mr Peck undertook a number of philanthropic pursuits over his lifetime which were formally recognised in June 2004 when he received an Order of Australia for his services to the electrical industry and wider community.