What the 2019-20 Budget means for the utility industry 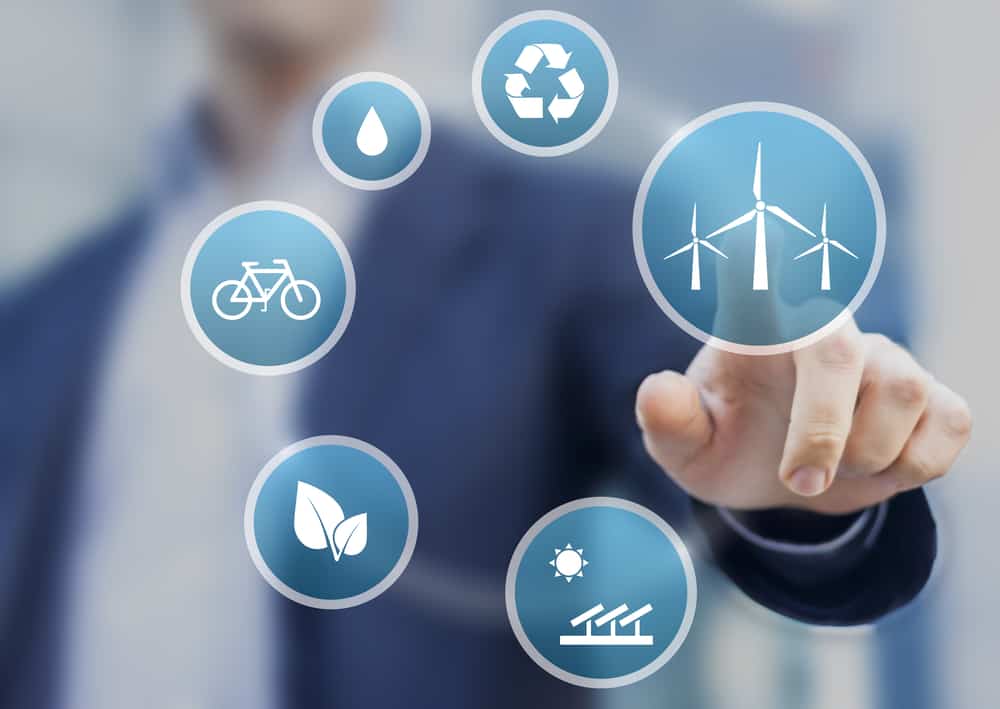 The highly anticipated 2019-20 Federal Budget, which was announced on the evening of Tuesday 2 April, has some significant outcomes for the utility industry, promising continued emissions reductions and financial assistance for energy bills, but lacking allocations for  drought management and the water industry.

Since its delivery, the Federal Budget has been met with mixed responses from the Australian energy industry, with particular concern expressed that the Federal Government is not taking climate change or rising energy prices seriously, and has not allocated any further funds for a national drought policy.

The one-off Energy Assistance Payment is expected to assist more than 3.9 million Australians, who will be able to use the payment to help with their next energy bill and cost of living expenses.

The payment of $75 for singles and $125 for eligible couples will be exempt from income tax and paid automatically before the end of the current financial year, subject to the passage of legislation.

The payment will provide support to:

The payment was initially criticised for excluding those on Newstart allowance, but on 3 April Mr Frydenberg announced that the payment would be extended to those receiving Newstart.

During the delivery of the Budget, Treasurer Josh Frydenberg acknowledged that the Federal Government has an important responsibility to protect the environment and address climate change.

With this in mind, the Budget includes a $3.5 billion Climate Solutions Package, $2 billion of which will go towards practical emission reduction activities in partnership with farmers and Aboriginal communities.

“Through our measures, as we have done in the past, we will beat our international emission reduction targets,” Mr Frydenberg said.

A $100 million Environment Restoration Fund was also announced with a view to deliver large-scale environmental projects. This will include protecting coastlines and waterways, as well as cleaning up waste.

The Snowy 2.0 project has been given the green light, with a $1.4 billion equity injection promised.

The project will provide more affordable, reliable and sustainable power for up to 500,000 homes.

Battery of the Nation and Marinus Link

The Australian Government will partner with the Tasmanian Government to accelerate the Marinus Link project, with the provision of $56 million for a second interconnector between Tasmania and Victoria.

Combined with the Battery of the Nation, these projects will help cut power prices and maintain the reliability of the National Electricity Market, create up to 3800 direct and indirect jobs during construction, and deliver an economic stimulus of up to $7 billion.

With digital energy technology developing at a fast pace, the announcement of a National Skills Commission (NSC) could have a positive flow on effect for the energy sector.

The NSC will be established to drive long-term reform of vocational education and training (VET), delivering up to 80,000 additional apprentices over five years with a particular focus on digital technologies such as cyber security.

To ensure all Australians have the skills they need for work, the government will provide $62.4 million to establish a national program to deliver foundational training, including training in digital skills.

Included in the $79.2 million for energy efficiency standards and programs is the new Energy Efficient Communities Program, which will provide $50 million in grants to eligible businesses and community organisations.

This is designed to assist businesses in saving energy by either installing new equipment or by reviewing and improving their energy management, contributing to lower power bills.

The Budget also includes a $3.2 million allocation to establish a Priority Transmission Taskforce.

This is expected to speed up delivery of transmission projects identified in the Australian Energy Market Operator’s 20-year Integrated System Plan.

The program was allocated $13.5 million as part of the Budget.

A further $50.4 million was allocated to support feasibility studies for micro-grids in remote and regional areas, including off-grid and ‘edge of electricity grid’ areas where local distributed generation and demand management is used to ensure supply.

A call for a comprehensive national drought policy was not acknowledged in the 2019-20 Federal Budget; however, it did include $4.2 million to maintain a National Drought Map.

The Bureau of Meteorology also benefits from this year’s Budget, with $28 million allocated over four years to install new radars and rain gauges in Queensland, on top of the existing off-budget $3.9 billion Future Drought Fund that was introduced by the Federal Government earlier in 2019.

If elected, Labor has committed to spend $100 million per year on drought management measures.

There were no additional dam announcements as part of this year’s Budget.

This was to be expected, considering that the Federal Government has made a $3.3 billion commitment to the National Water Infrastructure Fund over recent years, with a $750 million allocation earlier in 2019 for work on initiatives in Queensland.

The Budget included a range of energy-related initiatives around construction, infrastructure and homes, including:

The Minister for Energy, Angus Taylor, said that the Morrison Government is taking strong action on its commitment to deliver affordable and reliable power.

“This Budget will ensure that Australian households and businesses continue to benefit from the significant steps we’ve taken over the past year to lower power prices and guarantee 24/7 reliable power that is available when Australians need it,” Mr Taylor said.

Mr Taylor said that putting downward pressure on domestic gas prices while ensuring the security of supply remains a priority for the Federal Government.

“The Government will back jurisdictions that support gas exploration by investing $8.4 million to accelerate the development of the Beetaloo sub-basin,” he said.

“Our strong fiscal and economic management also allows us to invest in initiatives to reduce our emissions and meet our international commitments, without wrecking the economy and driving power prices up.

“We know rising power prices have been impacting household budgets and are stopping small businesses from growing and employing more staff. Our strong budget management is delivering practical measures to support Australian families and back Australian businesses by guaranteeing affordable and reliable power.”

The Minister for Agriculture and Water Resources’ response

The Minister for Agriculture and Water Resources, David Littleproud, said that the Morrison Government continues to support drought and flood management initiatives.

He said that this includes expanding the National Water Infrastructure Development Fund and the establishment of the $5 billion Future Drought Fund to support drought resilience projects.

He said that the 2019-20 Budget would specifically benefit flood-affected farmers in north Queensland.

According to EY Power and Utilities leader, Matt Rennie, “The best way to judge a budget is how well it facilitates the future of energy provision out to 2040, which enables peakless energy distribution and regulatory change, accepts we will have between 40 and 50 per cent renewable generation, and prepares for a high technology energy future, and this budget is largely silent on those.

“This budget does two things. Firstly, it concentrates on the generation sector and reliability which really hits some of the concerns that people have had about renewables over the last two to five years.

“Secondly, the focus on retail and retail margin and cost of living, the $75 rebate, and $125 rebate for couples, is a little bit of cash in the pocket but doesn’t really do much to help us prepare for the electricity system of the future, it’s a little bit of a spoonful of sugar if you like in relation to the changes we have to make.”

Mr Rennie also expressed concern that there’s nothing in the Coalition Budget around the distribution sector or around the technological changes that need to happen.

“It’s heavy on generation, it mentions transmission and talks about reductions in customer bills, but there’s nothing there around electric vehicles, batteries, subsidies or innovations to invest in new energy.”

Initially, the Australian Council of Social Services (ACOSS) was vocal about the exclusion of Newstart recipients in terms of the Energy Assistance Payment.

“This Budget is the 25th in a row to refuse to deliver a real increase in Newstart,” ACOSS CEO, Cassandra Goldie, said.The highly anticipated 2019-20 Federal Budget, which was announced on the evening of Tuesday 2 April, has some significant outcomes for the utility industry, promising continued emissions reductions and financial assistance for energy bills, but lacking allocations for  drought management and the water industry.

“In a mean-spirited move, people struggling on Newstart are even excluded from the token one-off cash payment of $75 to single pensioners ($125 for couples). The Government has once again turn its back on people who are going without food, unable to get their teeth fixed, trying to make ends meet on Newstart on $40 per day.”

Following the announcement on 3 April that the payment would be extended to those on Newstart allowance, Dr Goldie said that it is still “not enough”.

“People on Newstart shouldn’t have been excluded in the first place, and the one-off payment of $75 is a pittance compared to the high end tax cuts that mean more than $11,000 extra a year for people on more than $200,000 once they’re in place,” Dr Goldie told news.com.

“The energy bills will keep coming and this one-off payment of $75 will do nothing to support people to get through tough times while they look for suitable paid work.”

The Australian Resources and Energy Group AMMA has welcomed the increased Federal Budget funding for TAFE, VET and other training initiatives, stating that it will assist the mining, oil and gas and related construction sectors to address looming skills shortages.

Tara Diamond, AMMA’s Director Operations, said, “Resources and energy employers are proud to see record earnings from our industry have delivered a $20 billion boost to the 2019 Federal Budget, as well as contributed about 20 percent of all company tax revenues.

“To underpin further resources and energy earnings growth, more investment and more industry-government collaboration is required to address skills shortages and better meet the future needs of employers and the wider industry.

“Investing in the skills of the future is vitally important for a globally competitive Australian resources and energy industry, and sustaining the significant value such an industry delivers to our nation.”

She also said that the National Skills Commission will greatly assist in driving necessary reforms.

“Greater strategic coordination of curriculum and pathways across these education spheres will help unleash significant opportunities for Australian employees, employers, and all those regional communities and small businesses that rely on a thriving national resources and energy industry.”