What the 2019 election results mean for the utility industry 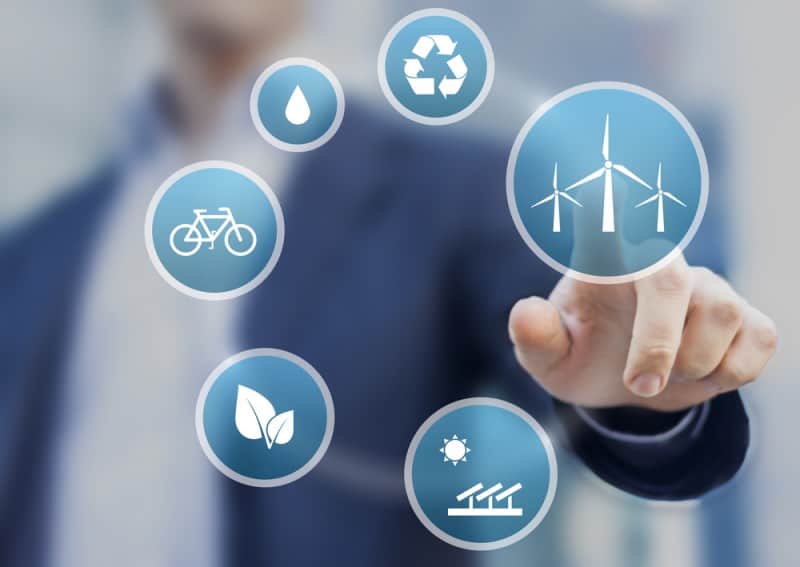 The 2019 federal election results are in, with Labor conceding defeat and the Liberal National Coalition forming a majority government. With climate change and rising energy prices among the most fiercely debated issues during the campaign, what exactly do the election results mean for the utility industry?

The majority of policies promoted by the Liberal Party in the lead up to the election centered around energy initiatives, including a climate solutions package, energy assistance payment and a price safety net to protect customers.

There was less emphasis on the water industry, but there was a pre-election promise to establish The National Water Grid from the re-elected Member for Riverina and Leader of the Nationals, Michael McCormack.

Below we break down the policies the Liberal party campaigned on and what exactly a Liberal Coalition Government will mean for utilities.

The policy the Liberal party campaigned on was largely centred around lower power prices for consumers, which would be driven through initiatives including the Energy Assistance Payment, the price safety net and the Underwriting New Generation Investments (UNGI) program.

Announced in the Budget, the one-off Energy Assistance Payment is expected to assist more than 3.9 million Australians, who will be able to use the payment to help with their next energy bill and cost of living expenses.

The payment of $75 for singles and $125 for eligible couples will be exempt from income tax and paid automatically before the end of the current financial year, subject to the passage of legislation.

The payment will provide support to:

On 3 April it was announced that the payment would be extended to those receiving Newstart.

At the end of April, the Australian Energy Regulator (AER), under instruction from the Government, issued its final determination on Default Market Offer (DMO) prices based on recommendations made by the Australian Competition and Consumers Commission (ACCC).

According to the AER, the final decision will deliver annual reductions from the standard standing offer bill for residential and small business customers in New South Wales, South-Eastern Queensland and South Australia.

At the end of March, Energy Minister, Angus Taylor, announced the twelve projects which were shortlisted as part of the UNGI program.

From 66 proposals, the Government – adhering to a policy of technology neutrality – agreed to a shortlist of 12 projects – six renewable pumped hydro projects, five gas projects and one coal upgrade project.

According to the Government, the inclusion of six hydro projects tied in well with it’s recent announcements regarding Snowy 2.0; and the five gas projects signalled the Coalition’s focus on gas as a transition fuel as Australia move towards a more renewables-focused energy market.

The twelve shortlisted  projects are:

In addition to their initiatives around reducing energy prices, the Coalition also campaigned on a $3.5 billion Climate Solutions Package to ensure that Australia delivers on its 2030 climate commitments. $2 billion of the package will go towards practical emission reduction activities in partnership with farmers and Aboriginal communities.

A $100 million Environment Restoration Fund was also announced with a view to deliver large-scale environmental projects. This will include protecting coastlines and waterways, as well as cleaning up waste.

Outside of the key focus areas, the Liberal Party announced a range of additional initiatives throughout their campaign which will impact the energy industry:

The Budget also included a range of energy-related initiatives around construction, infrastructure and homes, including:

Michael McCormack announced in early May that the Liberal Government intends to establish the National Water Grid — a statutory authority to deliver strategic planning and project management for water policy and water infrastructure right across the nation.

The National Water Grid would bring together leading scientists to determine the most efficient ways to harvest and harness water, in the hope of ensuring that decisions regarding water and water infrastructure by future state and federal governments are based on the best available science.

The creation of a National Water Grid would provide a pipeline of all established, current and future water infrastructure projects, allowing for the identification of missing links and examination of how large-scale water diversion projects could be established to deliver reliable and cost-effective water to farmers and regional communities.

An initial investment of $100 million would be made to better understand Australia’s own water resources, and kick-start investigation and delivery of water diversion projects.

Though a call for a comprehensive national drought policy was not acknowledged in the 2019-20 Federal Budget; it did include $4.2 million to maintain a National Drought Map.

The Bureau of Meteorology also benefited from the Liberal party’s May budget, with $28 million allocated over four years to install new radars and rain gauges in Queensland, on top of the existing off-budget $3.9 billion Future Drought Fund that was introduced by the Federal Government earlier in 2019.

The Liberal Party has also made a $3.3 billion commitment to the National Water Infrastructure Fund over recent years, with a $750 million allocation earlier in 2019 for work on initiatives in Queensland.