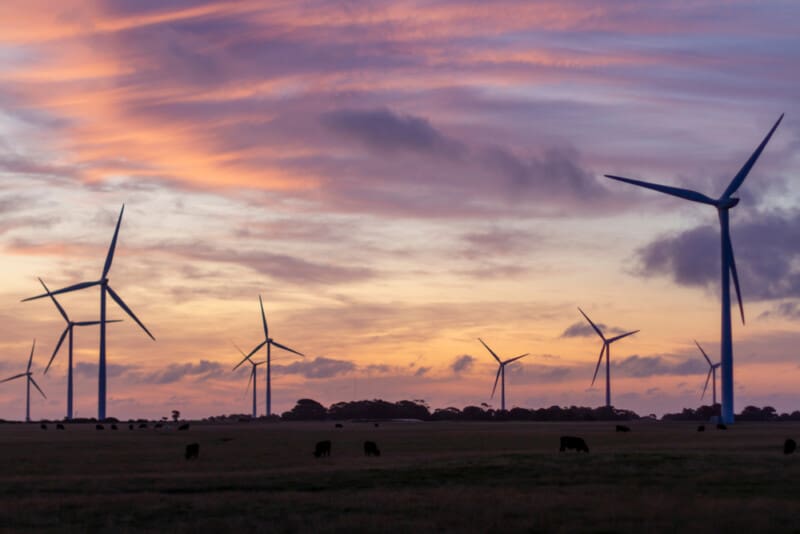 The Victorian Government has announced a new Climate Change Strategy and interim targets to secure Victoria’s position as a leader in tackling climate change.

The strategy will keep Victoria on track to meet its target of net zero emissions by 2050, while also seizing the opportunities of climate action – advancing technology, investing in new industries and creating Victorian jobs.

At the heart of the plan are ambitious targets to reduce emissions by 28-33 per cent by 2025 and 45-50 per cent by 2030 – putting Victoria at the forefront of Australia’s climate change action.

The strategy is also underpinned by State Government investment, including more than $100 million to transform the transport sector, offering up to $3,000 for Victorians who buy zero-emissions vehicles (ZEVs) and a target that 50 per cent of all new car sales in Victoria will be ZEVs by 2030.

Victorian Minister for Public Transport, Roads and Road Safety, Ben Carroll, said, “Transport is one of the state’s biggest emitters – but Victoria’s transport sector stands ready to take strong action to ensure a sustainable industry, and future, for our state.”

Australian Hydrogen Council CEO, Dr Fiona Simon, said, “These incentives to drive ownership of ZEVs will encourage vehicle manufacturers to make a wider range of these vehicles available to the Australian market. As a result of this, prices will fall for consumers.

“Hydrogen fuel cell electric vehicles (FCEVs) are being proven around the world and will become widespread in Australia, but there is a need to develop more hydrogen refuelling stations to facilitate the uptake of FCEVs for domestic vehicles.

“This will also spur growth in the heavy transport sector where hydrogen has the potential to significantly reduce emissions.”

Victorian Minister for Agriculture and Regional Development, Mary-Anne Thomas, said, “Farmers understand better than most of us the very real impacts of climate change. We know farmers want to reduce emissions – and with this strategy, we’ll help them do just that.”

A further $15.3 million for the Victorian Carbon Farming Program will help farmers store more carbon in shelterbelt trees and engage in agroforestry.

Government operations, from schools and hospitals to police stations and metro trains, will also be powered with 100 per cent renewable electricity by 2025 – an Australian first.

Victoria is already taking world-leading action to prevent the worst impacts of climate change, as the first Australian state and one of the first jurisdictions in the world to legislate net zero emissions by 2050, with five-yearly targets to make sure it’s achieved.

Victoria has already cut its emissions by 24.8 per cent based on 2005 levels, achieving its 2020 emissions reduction target two years early. The State Government said it is also on track to meet its 2025 target.

The Climate Change Strategy follows the Victorian Government’s major investment to transition the state to a cleaner economy, powered by 40 per cent renewable electricity by 2025 and 50 per cent by 2030.

“This will reduce emissions and create jobs across the economy – from agriculture to transport to energy.”

Clean Energy Council Chief Executive, Kane Thornton, said that the strategy would send the right message to the renewable energy industry and build on the existing renewable energy targets and previous commitments to develop the electricity network.

“There are enormous opportunities ahead as Victoria shifts from a state that was heavily reliant on brown coal to one that is powered by clean, reliable and low-cost energy,” Mr Thornton said.

“Reducing emissions through all government operations will be key in reaching emissions reduction targets and encouraging further investment in clean energy infrastructure.

“The Victorian Clean Economy Skills and Jobs Taskforce will also be critical to ensuring that a skilled workforce exists to realise the state’s emissions reduction ambition.

“The renewable energy sector has been doing the heavy lifting, and with the investment in the state’s renewable energy zones, we have the opportunity to go faster still than already targeted by the state government.

“An accelerated transition to renewables can then support the decarbonisation efforts of other sectors, including transport and industry.”

With transport currently the second-largest and fastest-growing source of emissions in the state, the Clean Energy Council said that subsidies to help more Victorians get behind the wheel of an electric vehicle (EV) is a positive move.

“Knowing that more charging infrastructure is on the way sends the right message to potential buyers, and renewable energy will play a crucial role to support the rollout of electric vehicles and to enable a zero-emission electric vehicle fleet,” Mr Thornton said.

RE-Alliance (formerly the Australian Wind Alliance) said regional communities will be the biggest winners when it comes to the energy transition, with 24,400 jobs being created from delivering the renewable energy projects to meet the new targets.

The majority of emissions reductions in Victoria will come from the energy sector, which is one of the most emissions intensive in the world. Re-Alliance said renewable energy is growing in Victoria and will continue to replace the aging and polluting fossil fuel generators.