Macquarie River pipeline to go ahead 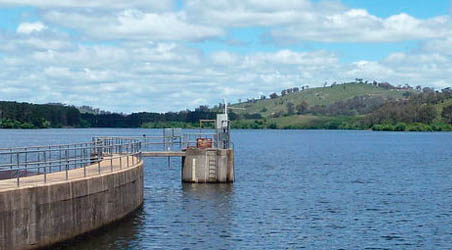 Orange City Council has welcomed the announcement by Federal Environment authorities to clear way for the Macquarie River pipeline.

Mayor John Davis said after four years of debate and detailed assessment, he’s relieved that Orange is now in a position to deliver water security.

“The best part of this decision is delivering water security for the community of Orange,” Cr John Davis said. “It’s important to remember that just over three years ago, we were facing the kind of water restrictions that would have left local businesses struggling.”

“We’ve looked at the options and this pipeline is the best way to link Orange to the size of catchment we need to secure Orange’s water supplies. Today’s approval confirms that we can do that while still limiting the impact on the river environment.”

“We haven’t been sitting on our hands in recent months while we waited for the project to reach its final stages of approval.”

“The next step is for a Construction Management Plan to be completed to show how the construction of the project will comply with each detail of the conditions set by state authorities and the federal authorities which were announced today. It’s important for the integrity of the project that the NSW Planning Department can sign off on that plan but work will start as soon as practicable.”

Landholders along the Macquarie River to Orange water pipeline will see a number of benefits as the proposed water pipeline is constructed, including improved power supplies and extra resources for fire-fighters.

Where the route of the pipeline runs through private farming land, it’s proposed that the pipeline be built on an easement, generally about 6 metres wide, and landholders would receive a payment for use of the easement. Once the path of the underground pipeline has been rehabilitated, landowners will be able to use the easement again.

Orange Mayor John Davis said the council is committed to keeping residents in touch as the project unfolds.

Orange City Council has designed the project so that the NSW Rural Fire Service can access the break tanks along the route for fire fighting. The project design includes 100,000 litre water tanks to be built alongside two pump stations. The water in these tanks would be made available to the RFS during a fire emergency.

“There’ll also be a major upgrade to power lines along most of the pipeline route, with the power line upgraded to three phase power, which will enable farmers to operate more equipment,” Cr Davis said.