What’s over the horizon for pipeliners? 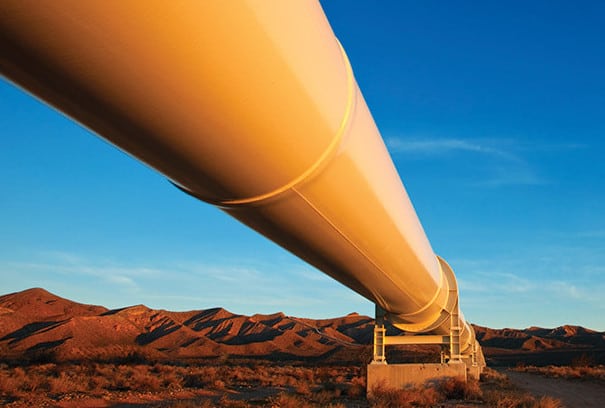 It’s been a bountiful decade in the gas pipeline construction game, as the CSG-LNG industry in Queensland provided contractors with a steady stream of geographically concentrated work.
Now that these projects are up and running, we ask: where to now for pipeliners?

After an unprecedented construction boom in recent years, now that the Queensland LNG industry is effectively up and running, many gas pipeliners have reported that the industry has quietened down somewhat. Projects are harder to come by, budgets are being squeezed and redundancies have been commonplace.

While the rota of upcoming transmission pipeline work might be relatively quiet – save for the mooted North East Gas Interconnector pipeline, planned to connect the Northern Territory with east coast gas markets – smart pipeliners have turned their attention to other sectors of the industry where their skills and expertise can be put to good use.

While opportunities remain in the gas sector, the water, wastewater, telecommunications, irrigation, distribution and maintenance sectors are all deploying a unique range of projects that can utilise the skills of pipeline industry players. There are roles for contractors, subcontractors, and suppliers of products and services on many of these projects – so if you’re a pipeliner wondering where to now, these projects might just give you a few ideas.

While the main transmission pipelines have been built, there’s still a significant rota of ongoing work to be completed for the Queensland CSG-LNG industry. In particular, the gas gathering lines that each of the three major CSG-LNG projects require will generate a huge volume of work each year. The APLNG project alone anticipates drilling between 350-500 wells per year; for QCLNG and GLNG, it’s approximately 300 wells per year. Over the life of the project, these wells will require gathering lines to connect them to gas processing facilities.

Other developments in the early stages in Queensland include Senex’s Western Surat Gas Project, and Arrow’s Bowen and Surat gas projects. These projects have yet to reach the final investment decision stage. If and when they do, each will provide an additional source of supply for domestic and export markets – and provide a significant boost for the pipeline industry.

The addition of the LNG export market has effectively trebled Australia’s natural gas market. With this growth has come the need to expand existing assets, particularly along the east coast grid, and enable bi-directional flows of gas when and as required to meet domestic and international market requirements.

APA Group, as the owner of the vast majority of Australia’s east coast transmission network, has been particularly active on this front. In the last financial year, APA Group spent $343.1 million on growth projects, including expansions and enhancements to its gas infrastructure in New South Wales, Victoria, Queensland and Western Australia.

Over the next three years, the group expects to continue to expand its network, according to APA Group Managing Director Mick McCormack.

“We’re continuing to work on enhancements and additions to our existing pipelines, including building the new Eastern Goldfields Pipeline in Western Australia, and the fourth expansion project for the Victoria-New South Wales Interconnect, which will see capacity on this asset treble.”

All up, the Group has forecast between $300 to $400 million in annual growth project expenditure over the next two to three years.

It’s reflective of the wider trend within the gas transmission industry away from ‘construct’ to ‘operate and maintain’ – but importantly it highlights that with the expansion required as part of organic growth in demand, there is still work available in this sector of the industry.

A major consideration for utilities around the country – but particularly in New South Wales and Victoria – is the need to cater to the ongoing trend of suburban sprawl. In Australia’s most populous cities, the city limits continue to push further and further out, with the trend for new communities and housing estates showing little sign of abating in the near future.

Establishing the new growth centres will be done by way of ‘Precinct Planning’, which coordinates the planning and delivery of water, wastewater, recycled water, gas, electricity, roads, transport and other services for new communities.

Sydney Water is currently planning and building the new water and wastewater services for the growth areas, and Endeavour Energy is responsible for electricity services. Works are already underway, and will continue to be delivered in stages over the years and decades to come.

The Sydney Water program of works in particular can provide pipeliners with unique opportunities. Lead contractors including Zinfra, Diona Civil, ENSure (a joint venture of GHD and Jacobs) and John Holland have already been appointed, with a steady stream of works available as part of each contractor’s package for many years to come.

Richard Schuil, Sydney Water’s Engineering and Planning Manager, Growth Centres, Engineering and Environmental Services, noted that the growth centre projects are offering the industry a major tranche of works in the short to mid-term.

“Sydney Water is working together with state and local government, the general community and developers to deliver trunk water and wastewater infrastructure in time for dwelling occupation,” said Mr Schuil.

“We are also progressing with further water and wastewater trunk infrastructure to service an additional 5,000 dwellings by 2018 to 2020.”

It’s a similar story in Melbourne, where the sprawl beyond the city is providing similar opportunities. A key area for Melbourne’s growth has been in the north, along the Hume Highway. At Donnybrook, Yarra Valley Water and APA Group are installing new water, wastewater and gas infrastructure to cater to new customers in the region.

The project consisted of two stages of a 300mm diameter steel gas main and a 300-450mm diameter MSCL water main. The pipelines are being installed by both open trench and trenchless technologies. With the services both going in at the same time, the project is benefitting from the use of a shared trench.

These are just two projects currently underway which are required to meet the needs of a growing population. With Australia’s population tipped to reach up to 48.3 million in 2061 by the ABS, utility connections to new population centres will clearly be an ongoing source of work for the pipeline industry.

The upgrade of existing wastewater services is another key focus area for water and wastewater utilities around the country. Perhaps the most notable of these projects is the Peninsula ECO project currently being undertaken by South East Water in Victoria.

Along the state’s Mornington Peninsula, more than 16,000 properties currently rely on septic tanks and onsite treatment plants to manage household sewage. However, due to ageing, failing and poorly maintained septic tanks, there is evidence of waste polluting groundwater, waterways and the environment in the region.

To address this, South East Water is rolling out one of the largest pressure sewer constructions in Australian history. With this comes an Early Connection Option (ECO), enabling customers to connect to the new sewerage system up to 16 years earlier than scheduled.

The project involves 246km of sewer pipe being installed in an accelerated timeframe. Innovative technology (horizontal directional drilling) is being used to ensure minimal impact to the community and environment.

While this is probably the largest example of a sewerage network modernisation, similar upgrades – particularly in rural destinations – are also taking place right around the country.

Improving water access for farming and agricultural use is also shaping up to be a huge focus for utilities around the country. In Victoria, Coliban Water and Goulburn-Murray Water have been upgrading their irrigation channels to piped networks for a number of years.

In Western Australia, Water Corporation has announced plans to improve farmlands water pipes across the Wheatbelt region, with more than 64 kilometres of pipe to be replaced and 7,500 pipeline joints repaired.

The three-year project will significantly improve the performance of the Water Corporation’s farmlands water supply system, which has a history of leaks and breaks, many at a higher rate than the rest of the state’s rural water supply network.

For utilities around the country, this is just the tip of the iceberg in terms of the infrastructure projects that are planned or underway. Between surging populations and expanding communities, there is a significant quantity of work available to the pipeline industry – the industry just needs to be smart enough to know where to look; and understand how to best position itself to be involved in these works.

Why it pays to be diverse

Many players in the Australian gas pipeline industry have been quick to respond to slowdown in gas transmission works, and have already identified the broader utility sector as a sensible place to work during this trough for the industry.

Daryl Broun, Pipeline Survey Manager at WKC Spatial, has experienced a some shift in his customer base in the past 12 months, a change which has partly been organic and partly been by design.

“At the moment, we’re still doing pipeline project work, but it’s currently being balanced out with work for new subdivisions and new construction projects – a bit of everything really.

“We’ve also expanded our service offering beyond just land surveying, to also doing some utility locating work for our clients. We now have Telstra accreditation for our subsurface location and mapping department, which will diversify our offering further and allow us to work on projects requiring service location and mapping.

“This differentiation has been crucial as it means for many clients, where they might have had two contractors out on site previously, now we can take care of both jobs. We also utilise the newer technology of Ground Penetrating Radar (GPR) combined in with our GPS equipment to allow accurate service mapping. In the current market, this diversity of skills has been particularly beneficial for us.”

For Brett Trembath of Tremco Pipeline Equipment, his business has always focused on being diverse enough to ride out the peaks and troughs of the transmission pipeline construction game.

“We have always supplied equipment and emergency response/maintenance services to all the different people involved in the pipeline industry,” said Mr Trembath. “We have been doing this for 22 years now. We have never focused too hard on the transmission project side of things, as it’s always been up and down, and can take a disproportionate amount of time away from helping our customers with day-to-day business.”

“A minor change, but one we believe better reflects our broadening product range, and also the wider ‘piping’ industries we now service,” said Mr Wilton. “Not only do we focus on our traditional pipeline clients, but these days our products are being used in the broader piping applications of pipeline construction, maintenance, fabrication, facilities and plant construction, onsite machining and shutdown sectors.

“Having a broader product range gives us a broader appeal and enables us to operate in a broader market space, which has helped us while things are quieter on the major project front.”