Gray to leave politics at election

Shadow Minister for Resources, Gary Gray has announced he will leave parliament at the next federal election. 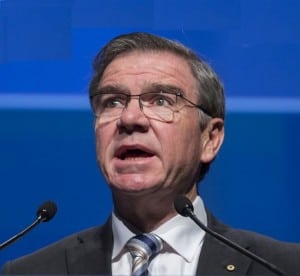 Mr Gray was also Director of Corporate Affairs at Woodside Energy from 2001 to 2007.

The Australian Petroleum Production and Exploration Association (APPEA) has acknowledged Mr Gray’s contribution to oil and gas industry during his career.

APPEA Chief Executive, Malcolm Roberts, said, “Gary knows that a strong oil and gas industry is good for Australia and this is something he has worked tirelessly to deliver.

“Gary is known for his integrity and intelligence, and his policy approach reflected these qualities.

“He continued a tradition of bipartisanship in resources and energy policymaking – a willingness to eschew political opportunism and work with his Coalition counterparts to develop and implement the best possible policies.”

Mr Roberts said Mr Gray was always ready to advocate and explain unpopular positions to the public and Parliament and his own side of politics.

“He never hesitated to point out the flaws in fashionable but erroneous policy demands.

“Above all, Gary has shown an unwavering commitment to policies and outcomes that serve the national interest ahead of all others.”