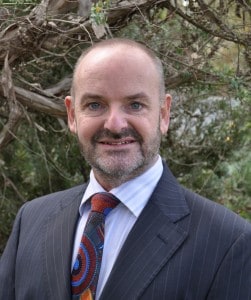 Ray Wills, adjunct professor at the School of Earth and Environment at the University of Western Australia, has predicted a new world order that will see energy independence by 2040.

According to Professor Wills, “in a quarter of a century more than 80 percent of the world’s energy will come from self-generated renewables.”

A keynote speaker at All-Energy Australia at the Melbourne Convention and Exhibition Centre on October 15th and 16th, the Professor says by 2040 there will be very few coal fired power stations left and gas will also be starting to exit the market.

“Everything by way of energy generation and storage will be sitting on our rooftops and resting in our homes and businesses.”

“Not only will solar panels give us cheaper energy, but they also have the potential to deliver security of supply at times that we might otherwise experience disruption through disasters.”

Professor Wills fired a broadside at the Abbott Government, saying it can’t stand in the way of progress when it comes to energy reform “because it is a tidal wave that will happen regardless”.

The Professor will tell All-Energy Australia the technology that is transforming the market is coming from outside Australia.

“We should be engendering the change, supporting and growing it in a way that most benefits this country, but that’s not happening and ultimately it will cost us billions of dollars.

“The protectionist route will result in investment in infrastructure that supports the status quo instead of encouraging change for the better,” Professor Wills says.

He says by 2020 the cost of energy will have started to tumble and be readily affordable to the vast majority of Australians, as solar and other renewables continue to mature. While solar will become the dominant force, there will still be a place for wind and wave power, as well as bioenergy, but the key is more effective storage and greater energy efficiency.

Featuring a multi-stream conference and exhibition, All-Energy Australia is held annually at the Melbourne Convention and Exhibition Centre.

With more than 120 leading local and international speakers and in excess of 150 exhibitors, it attracts more than 5,000 delegates from around the world.