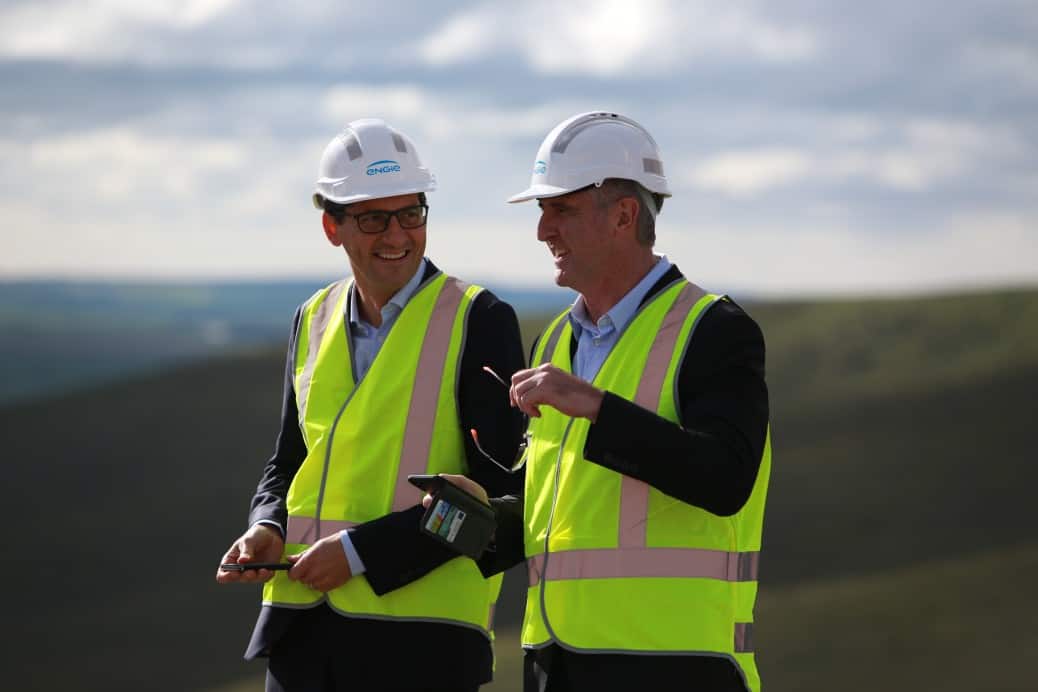 Energy utility company, ENGIE, has officially opened its Willogoleche Wind Farm in Hallett, South Australia, one of the largest renewable energy projects in the state to date.

They were joined at the launch by the Mayor of the Regional Council of Goyder and representatives of Mitsui and Co, ENGIE’s joint venture partner on the project.

Consisting of 32 turbines and currently the fourth largest wind farm in South Australia, the opening of Willogoleche is the latest major milestone in the state’s renewable energy transition.

Willogoleche is the first onshore wind farm in the world to install and commission GE’s 3.8MW turbines at scale, and its 130m rotor blades can operate through a range of wind speeds, allowing ENGIE to maximise the capacity of each turbine.

Power from the site will be delivered via ENGIE’s retail arm, Simply Energy, which has more than 700,000 customers in Australia, including nearly 90,000 in South Australia.

The wind farm represents a $250 million investment by ENGIE and follows a $75 million upgrade to its 500MW Pelican Point Power Station, one of the most environmentally friendly of its type in Australia.

ENGIE has more than 800MW of wind-firming capacity available in South Australia, making a critical contribution to the state’s energy security and stability.

“The addition of further wind power adds momentum to the case for associated grid-scale storage and an interconnector between SA and NSW to enable the export of South Australia’s abundant renewable energy to the eastern seaboard.”

In addition to Willogoleche, ENGIE operates the 46MW Canunda Wind Farm in South Australia and has renewable energy projects under development in Queensland and New South Wales.