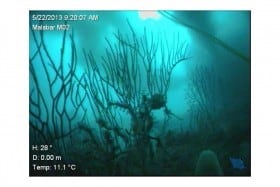 Sydney Water’s robotic camera monitoring has revealed that the company’s deep ocean outfalls and associated underwater structures have become part of a habitat used by an array of different sea creatures.

In the early 1990s deep ocean outfalls were constructed off Sydney’s coast at three sites – North Head, Bondi and Malabar – to dispose of the treated wastewater of millions of Sydneysiders.

The deep ocean outfalls release water between 2 to 4 kilometres offshore where water is approximately 60 to 80 metres deep and quickly diluted by strong ocean currents.

“Sydney’s iconic beaches drastically improved from the commissioning of the deep ocean outfalls in the early 1990s and I’m delighted the recent State of the Beaches report shows 37 of the 38 Sydney ocean beaches graded as Good or Very Good, despite a wet summer in 2012–2013. That is an outstanding result.”

“To see such large and many sea creatures thriving in this environment is evidence that the deep ocean outfalls are a great outcome for our city and environment.” 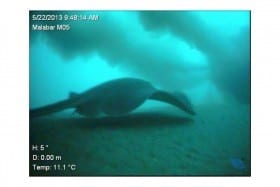 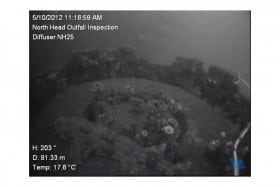 World-first trial to get the most out of