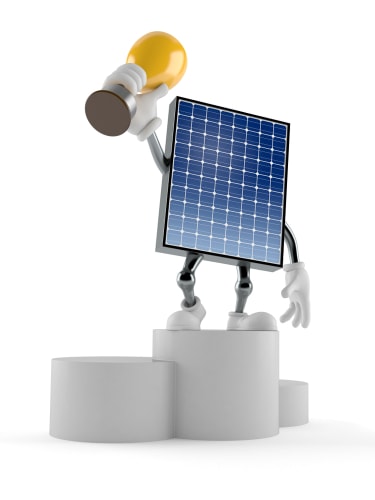 Finalists in 2018’s Clean Energy Council Solar Design and Installation Awards have been announced, including a stand-alone solar PV system inspired by the African thorn tree, as well as a 68-year old diesel train converted into the world’s first solar-powered train, and the largest private rooftop solar installation in the Southern Hemisphere.

Clean Energy Council Chief Executive, Kane Thornton, said that the projects nominated in the 2018 Solar Design and Installation Awards highlight the innovation and growth that the entire Australian solar industry has witnessed and experienced in 2018.

“This year is shaping up to be another record one for the Australian solar industry, with over 700MW of solar installed in the first six months of 2018. This is almost 50 per cent higher than the year before, when the most solar power in history was installed across our nation’s rooftops,” Mr Thornton said.

“The standard of entries we received this year was remarkable, and I would like to thank all who took the time to submit one. The quality and remarkable diversity of the projects made it even more difficult than usual for our independent panel to pick the finalists.”

The finalists were selected by an independent panel of solar industry experts. The winners of the 2018 Solar Design and Installation Awards will be announced on Wednesday 3 October at the All-Energy Australia Exhibition and Conference in Melbourne.

All-Energy Australia is being held in partnership with the Clean Energy Council and Reed Exhibitions. It will run from 3-4 October at the Melbourne Convention and Exhibition Centre.

The finalists are as follows:

After completing a Bachelor of Media, Communications and Professional Writing at the University of Wollongong in 2014, and prior to writing about the utility sector, LJ worked as a Journalist and Sub Editor across the horticulture, hardware, power equipment, construction and accommodation industries with publishers such as Glenvale Publications, Multimedia Publishing and Bean Media Group.
You might also like
Northern Territory’s east coast gas potential
APA releases FY14 results
Tender: rehabilitation of sewer manholes